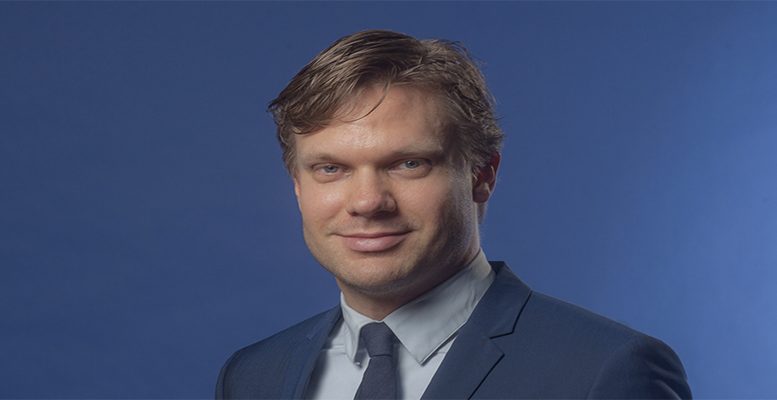 A: I don’t entirely know in detail about the Nord Stream 1 case, so I don’t know who is exactly to blame here. With respect to Nord Stream 2 however, it’s pretty clear that Nord Stream 2 is engaging in a pretty elaborate lobbying effort, where some of the information they are spreading is completely false. They refer to elements such as declining natural gas production in North-western Europe, implying that somehow we need additional infrastructure, that somehow we need additional gas to satisfy demand. But they have never ever explained in this rhetoric that Nord Stream 2 is in fact a diversional pipeline, it’s not one that creates new infrastructure. No. It creates new infrastructure after having done away with some in Ukraine. So at the end of the day the net result is zero, which is not the whole story they are telling. Besides they are highlighting supply, they are not pointing at demand. For a lot of people it would make sense, but you have to check exactly what it is that they are saying.

Q: Earlier this week, the International Energy Agency (IEA) said that there is no need for Nord Stream 2 for Europe.

A: What is interesting is the extent to which they (Gazprom) are going to explain time and time again that this is a commercial project, so they keep on emphasising this. If it really is a commercial project, would you really need to emphasise this constantly? Probably not. The International Energy Agency is not stupid either. They see what the available infrastructure is. For example, if you see the letter signed by quite a large number of members of the European Parliament where they advocate against this pipeline for climate reasons as well. I see some of the proponents of Nord Stream 2 saying that this is ostensibly for climate reasons, but ‘hang on, the Southern Gas Corridor will also bring gas’. Yes, but wake up, that’s 10 bcm, whereas Nord Stream 2 is doubling an existing pipeline that is already 55 bcm. Quite a different story, but again, not the full one.

Q: After the members and parties of the European Parliament issued this statement, what will happen now? What’s next? Recently you’ve said the European Court of Justice should decide in this case. Do you still believe it’s the best option?

A: That is possible. Let’s put it this way, if the European Commission engages in international negotiations with Gazprom and the Nord Stream 2 Corporation and somehow they strike some kind of a deal, but the Member States are unhappy with this, of course they can appeal before the Court. What’s weird is that Nord Stream 2 is aggressively promoting this line of reasoning where they are saying that somehow the 3rd Market Package in the internal market legislation does not apply to Nord Stream 2. Miguel Arias Cañete and Maros Šefčovič have been publicly saying that the Gas Directive may not have a particular provision that would allow it to be applied to this pipeline. But it doesn’t mean that the principles, in trying, within the 3rd Market Package should not play a role here. They are clearly saying that there should be a specific legal framework governing this particular pipeline. That is a different story and it’s obviously not what Nord Stream 2 is saying. At the end of the day, if we don’t agree on this, fine. Let the Court sort it out. And I think Nord Stream 2 is a little bit worried about this.

Q: If this happened and Member States sued the European Commission and in the end Nord Stream 2 didn’t go through, what would the possible consequences be for Russia and Europe?

A: Not that much. You lose a lot of money having signed contracts with many companies, similar to South Stream. But again, in the case of South Stream what is interesting is that as soon as it became clear that this pipeline wasn’t going to be constructed, ultimately they paved it back to Turkey. A lot of the existing contracts that were signed can also be used in the case of Turkey. In the case of South Stream, I have a strong suspicion that they’d never intended to build this pipeline anyway. If somebody from the Russian government were to say that they honestly didn’t think that the 3rd market package was standing in the way, that somehow third party access would not be any issue then they’re either completely drunk or they’re blatantly lying. That issue was known for years. It’s the whole rhetoric used afterwards to lash out against Bulgaria to say ‘you should complain to Brussels because Brussels has messed it up for you’ of course fits within the narrative of the widen rule, making sure that countries go their own way rather than listening to what Brussels says. I haven’t the slightest thought they were ever going to build this pipeline anyway. I don’t think so. And in the case of Nord Stream 2, well, though lucky if at the end of the day it doesn’t get built.

Q: There are some other regions, possible gas exporters for Europe. One of them is the Caspian region. For the initial phase of the Southern Gas Corridor (SGC) there is already an agreement with Azerbaijan for 10 bcm. However, there were issues regarding Azerbaijan that it might be unable to deliver.

A: It might. There are some issues with the available gas supply, I mean. It’s clear that Azerbaijan is not a huge gas supplier. They have gas, but they have way more oil than natural gas. So in the long term, I don’t know if they are able to deliver much more than perhaps up to 20 bcm.

Q: And if Turkmenistan ends up building the Trans-Caspian Pipeline?

A: Russia and Iran would never allow that. They see that as an infringement on export potentials. They will always come up with stupid arguments saying that somehow the environment needs to be respected etc., which is quite funny coming from an organization which has very few problems in building pipelines through the Black Sea.

Q: Gazprom is eyeing the option to use the Trans-Atlantic Pipeline (TAP) in phase 2 (after 2020) to deliver gas under third party access (TPA) rule. If they are able to do that would you consider it as a total failure for TAP or can it have a positive side?

A: It’s not an entire failure. At the end of the day, you share infrastructure that has third party access which is something we want, that’s how we designed the law. So this is an outcome that we would wish to see. Obviously if Gazprom ultimately fills half of that pipeline, it’s somewhat ironic. I understand that to a certain degree it undermines the ultimate goal, but then again they both will have to compete with one another, so if the end result is lower prices and more competition in that part of the European market, then you can’t say that your goal has failed. Of course, you would have wanted to see a different supplier there.

Q: Another promising region in terms of natural gas is the East Mediterranean, but there are some serious geopolitical issues in the area, between Israel and Lebanon. Egypt, Turkey and Cyprus also have their own problems. Egypt has already said that the gas from the giant Zohr field will primarily satisfy domestic demand.

A: Under the Mubarak regime, Egypt was exporting quite a bit of natural gas, mainly LNG, but there haven’t been many investments since the Arab Spring, hardly any, so that is a problem. Domestic consumption is increasing and population growth is an issue, so at the end of the day this field is much more likely to be used for domestic consumption rather than for export.

Q: In terms of the whole East Med area, do you think that it’s a real option for Europe as a gas exporter or it will remain just a regional hub?

A: I think it’s much more regional, also because much of the infrastructure still needs to be built. You have a combination of problems, namely complex fields, offshore, expensive; no infrastructure; legal demarcation issues, so you don’t know which block belongs to which country. They all say, ‘it’s mine.’  And then you have a lot of geopolitical problems. So quite a number of issues.

Q: Do you see any other possible suppliers from the Middle East or perhaps from Africa that could be options for Europe?

A: It very much depends. The price environment at the moment is not good. So if you wish to develop things like Mozambique’s offshore fields and these kinds of things, you realistically need an oil price that’s higher. So for the moment, probably not. The thing is, up until the early 2020s the LNG market is oversupplied anyway, so when it comes to finding additional sources, liquefied natural gas is as good as any. That would be fine. Other sources, I am not so sure about for now.