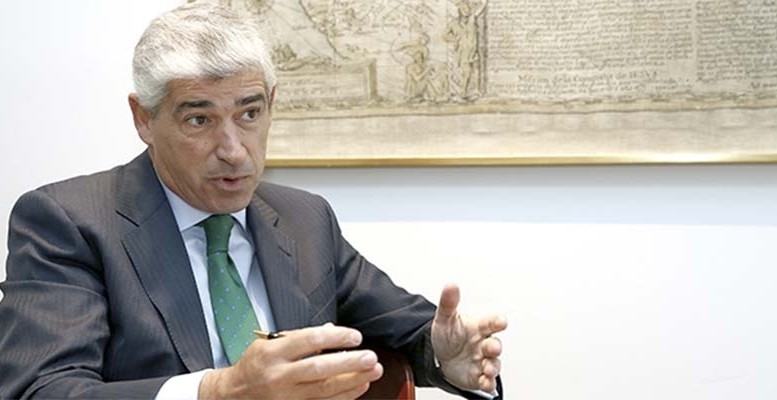 After straightening out the disputes with the Panamanian authorities over the costs related to the Canal works, Sacyr will finally inaugurate it in June. Board member Juan Maria Aguirre points out that the company has succeeded in overcoming the property crash and has drastically reduced its debt levels. Now it has to contend with the unexpected consequences of having an 8.5% stake in Repsol after the oil price bubble burst.

Q: Has Sacyr’s efforts to reduce its debt been highly enough valued?

A: Over the last few years, one of the most important issues for a large number of companies has been their high level of debt. So to go from 20 billion euros to 4 billion implies a massive effort, although almost all the current debt is allocated to specific projects. The level of debt at the moment is in line with the kind of business we are doing, very much focused on concessions and, as a result, highly leveraged.

Q: When you talk about public works or motorways, you are not talking about Spain

A: Construction activity in Spain is at rock bottom and that has forced companies to adapt to new scenarios. In Sacyr’s case, it has focused on international expansion and new business. As far as internationalisation goes, it means that we have built up an active presence in 20 countries over the past years and our overseas turnover has gone from 37% of the total in 2011 to 54% today. In the Latin American countries of the Pacific, Sacyr is building magnificent infrastructures where it will be the concessionaire in most cases. And the new water, services, industrial and environmental projects are also helping to ease the effect of the decline in construction activity. But when we are talking about works or motorways, we are not talking about Spain.

A: More and more so, although Spanish companies’ innovation levels are an advantage. These are very high, and we are not talking about something voluntary, but something absolutely obligatory for competing in international markets. It’s not a question of having good R&D management, but a question of the whole company being about R&D. In Sacyr’s case, every project is an example of R&D. It’s in our DNA. If that wasn’t the case, we would not be able to take on the next lot of work.

Q: Is Panama a bad memory?

A: Not at all. From a technical and innovative point of view, the Panama Canal expansion project is probably the top infrastructure work in the world at the moment and reflects Sacyr’s technological level. We hope that the economic results are reasonable, but it no way will they be disastrous. And they could surprise us on the upside. With regard to the lawsuits, these are being resolved in the international courts and their impact has been evaluated and reflected in the company’s accounts. But this project has meant a huge effort for Sacyr, with its chairman at the helm, both in terms of the overambitious execution of the works and from a finacial point of view.

R: In part, yes, but it also reflects the price of crude. And many people, including some analysts, think that Sacyr is dependent on the oil price via its stake in Repsol. I firmly believe that the company’s business and prospects are undervalued in comparison to its dependence on the barrel of oil. Although it’s true that Sacyr’s reality depends much more on whether it wins a motorway concession in Colombia or in Peru than on whether the price of a barrel of oil has dropped by a dollar.

Q: But it is still a textbook case which shows the differences between the real economy and the financial economy

R: Sacyr will make 3.5 billion euros this year and we hope that EBITDA from ordinary activities will be around 450 million euros. These figures will increase substantially in the coming years as concessions mature and the industrial and services businesses develop. We own 122 million shares in Repsol which, depending on how fast the share price moves, have a greater or lesser impact on the results from Sacyr’s remaining activities. In the last 12 months, when Repsol’s stock price has declined from 18 euros to 8 euros, it’s undeniable that it has a big influence. If the shares had moved within a reasonable range of 1 or 2 euros, then the impact on Sacyr would not have been the same.

Q: Given the in oil prices, it doesn’t look like Repsol is, or has been, a good travelling companion.

A: That’s not the case. We don’t evaluate our Repsol stake in terms of the daily share price, but rather for its intrinsic worth. And Repsol is a company which facilitates Sacyr’s access to international works and sectors which, perhaps, it could not access by other means. The fact is that Sacyr has a life of its own while Repsol’s share price doesn’t fluctuate by 10 dollars every month and a half, because then the oil company’s influence is very significant. But it’s also the case that Repsol is helping us to grow in new business areas and we are very happy with our stake.