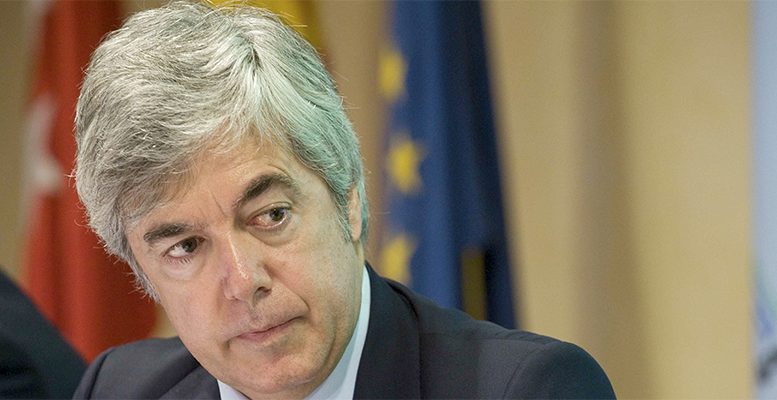 Gustavo Matías | Donald Trump’s victory has been welcomed by the markets but it has opened the door to a new scenario of uncertainty for monetary policies. President of Renta 4 Bank Juan Carlos Ureta believes that interest rate hikes are now urgent to achieve “monetary normalisation”. In fact, global debt has risen by 60 billion dollars since 2007, while global GDP has increased by just 12 billion, according to figures from the Economists Association of Madrid.

Q: In what will the readjustment or normalisation of monetary policy consist?

A:  Since the fall of Lehman in 2008 and even more since Draghi’s “whatever it takes” in 2012, we have been living with exceptional levels of liquidity and interest rates. The big Central Banks have injected around $12 trillion into the economy. And only a few weeks ago, we also saw bonds issued for a total of $12 trillion with a negative nominal interest rate. This monetary environment is exceptional, not sustainable. When we talk about the normalisation of monetary policy we mean the return to higher interest rates, as they are not being intervened, and the gradual withdrawal of excess liquidity. Since August 2015, when there was a crisis due to the sudden depreciation of the Chinese yuan, the financial markets are giving a sign that that “normalisation” cannot be put off any longer. Delaying it could bring even bigger problems.

Q: Will there be agreement or rifts and problems amongst the Fed, the ECB, Russia, China and others?
A: The Central Banks have coordinated a lot in the last few years and I am convinced that they want to continue to do so. One of the problems the Fed is having in its attempt to normalise interest rates is, precisely, the impact which a rate hike in the US could have on the ECB and the Bank of Japan’s much more accomodative policies. For this reason, the Fed is delaying a rate rise which US economic data would call for without further dallying. It’s difficult to maintain coordination amongst the Central Banks because the different economies are at different stages in the cycle. But I believe that they will try by every means possible to do this, and I also think that this will end up delaying monetary “normalisation” as everyone will go at the same pace as the slowest.

Q: How does Trump coming into power alter the outlook?
A: Trump’s message, as far as the economy is concerned, is reflationary. It proposes strong fiscal stimuli via infrastructure spending and tax cuts. This should fuel higher inflation and so a much faster normalisation of interest rates. But, and this is where coordination amongst the Central Banks comes into play, it won’t be easy for the Fed to hike rates given that the dollar could shoot up, creating problems not just for the US economy. It would also affect Asian and European financial institutions which have a lot of liabilities in dollars and could find themselves in difficulties in the event of a strong rise in the dollar. The positive side of Trump’s policies is reflation, but the most worrying aspect is how to coordinate this reflation with the Fed’s monetary policies and, above all, with those of the other Central Banks.

Q: Will the names GS or MS cited by the press serve to calm the markets?
A: The names which have appeared in the press as candidates for Treasury Secretary are people with renowned careers, and so without a doubt are well received by the markets. I have no doubt that the government which Trump appoints will be top level, like the one the Democratic candidate would have appointed if she had won the elections. The US has very good, top-ranking professionals and some of them will join the government.

Q: Should pensioners be worried about the concentration in the investment of their funds in public debt?
A: The current problem is that quality public debt has very low, and even negative interest rates. A rise in rates would punish bond prices in the short-term, but in the medium-term it boosts the sustainability of pension funds, banks and insurance companies. In any event, when we talk about investments, concentration is never a good thing, it’s better to diversify. And in this sense, I believe that pension funds in general should have a diversified portfolio, with a part in equities and a part in private corporate bonds, as well as other assets. I think that diversification and the incorporation of higher levels of equities is the most suitable policy when we are talking long-term. What precautions would you advise? I think that in the next few years the dominant factor in the financial markets will be monetary normalisation, the pace and nature of which nobody knows. This normalisation may be more or less “ordered” but in any event it will generate volatility. For that reason, in my view, the best thing is always to base any action on “fundamentals,” namely to invest on the basis of the value of assets measured by their capacity for generating future income. And at the same time maintain a higher level of liquidity than we had up to now, given that we could see quite a bit of volatility. We can make good use of the liquidity in times of volatility.