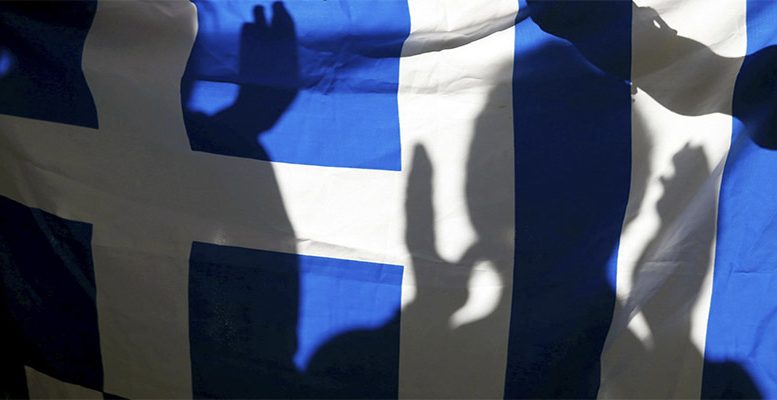 Yiannis Mouzakis via Macropolis| From the beginning of the crisis, Greek debt has often been the elephant in the room. Over the last year it has taken on the form of an unsolvable equation as key decisions makers have taken positions that do not appear to overlap.

The International Monetary Fund (IMF) has adopted a consistent position since the peak of crisis under the SYRIZA-led administration in the summer of 2015. In the week before the July 5 referendum, it published its updated Debt Sustainability Analysis in which it questioned the ability of Greece to achieve the primary surpluses the eurozone creditors were demanding and called for significant relief to put Greece’s debt on a sustainable path.

For months, the European side did not meet any of the IMF’s requests. This resulted in a first review that dragged on for months until there was a partial breakthrough in the May Eurogroup earlier this year. Eurozone finance ministers made a vague agreement that debt relief for Greece would be delivered in three stages: Some near-term measures by the end of the year upon completion of the second review, mid-term measures at the end of the programme and a long-term commitment that if and intervention is required to keep debt below the agreed benchmark of 15 percent of GDP in gross financing needs, the European creditors would take the necessary steps to do so.

Germany conceded to allowing a discussion about Greece’s debt, which it had refused to do up to that point, as long as any relief measures did not constitute a change to the programme that would require approval by the Bundenstag, which would entail a very uncomfortable discussion on the tired topic of Greece that could potentially undermine Chancellor Angela Merkel’s authority when she needs it to deal with the refugee crisis and the rise of the far-right AfD ahead of next year’s elections.

On the evening of the May Eurogroup, the director of the IMF’s European Department, Poul Thomsen, was very uncomfortable on the press conference podium as the debt relief commitments fell well short of what the IMF had been advocating. The Eurogroup outcome was widely viewed as a major concession by the IMF but in a teleconference the next day, Fund’s officials made every possible attempt to argue that the Fund had not climbed down and that it was still waiting to see concrete mid-term and long-term commitments before any programme is taken to the board for approval at the end of the year.

For months, this seemed like an impossible gap to bridge but some optimism was injected into the process on Thursday by IMF spokesman Gerry Rise. He said that any debt relief does not need to be implemented up front and can be conditional to Greece’s programme compliance as long as there is an agreement on the type and the scope of debt relief that could then be taken to the IMF board for approval.

Rice also stressed that the medium-term debt relief measures allow the primary surplus target to be revised to 1.5 percent of GDP, which is a goal that the IMF can sign off without the need for Greece to agree to new austerity measures.

This could very well be a framework that produces a much-sought breakthrough.

Greece will get the short-term relief measures by the end of the year, which require interventions on interest charges that do not constitute a change to the programme and do not cross Germany’s red line.

Medium-term measures are agreed, which meets the IMF requirement, but are not implemented before the end of programme in the middle of 2018 which is also in line with the German view.

The medium-term debt relief measures will lower the need for a primary surplus of 3.5 percent of GDP to something more manageable and closer to the IMF view of 1.5 percent, which will put to bed any discussions about the fiscal brake being activated and any politically and socially damaging discussion of new austerity measures.

Greece gets to finally graduate from its programme, with a chance of recovering from the repeated blows it has received in the last few years.

This finally looks like a great opportunity to square that circle.