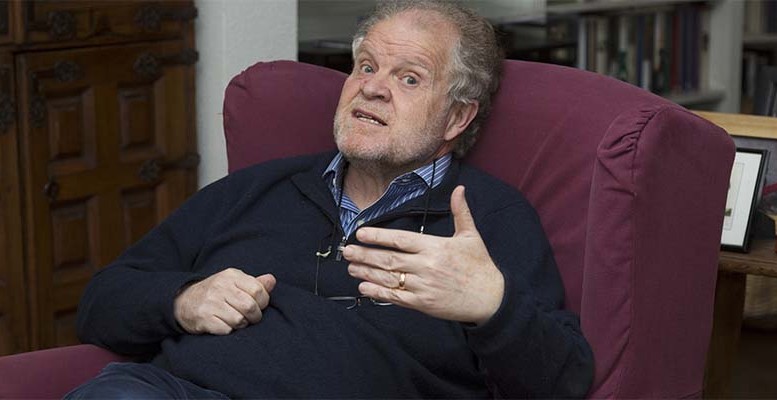 Ana Fuentes | “Spaniards tend to be schizophrenic because they all want the best services, like they have in the Nordic countries, free education…and you can only have this by paying much higher taxes than we do in Spain where there is a huge amount of fraud and tax evasion,” says William Chislett, associate researcher at the Elcano Royal Institute and former correspondent for The Times and the Financial Times.

Q: Has Spain carried out enough structural reforms or are there still things to be done?

A: More labour market reforms are needed. While I was writing my book I discovered, and I don’t think it was an original discovery, that Spain holds the world record for labour reforms since 1980: 52 in total. And in spite of that, the market is still disfunctional.

Q: If you had explain to the City tomorrow that Spain had an unemployment rate of 8% in 2007, after receiving 6 million immigrants over the century, how would you do it?

A: The level was 8% and supposedly for many people that meant full employment. Many companies complained that they couldn’t find qualified workers. For a country like mine, or for the US, 8% unemployment is a disaster. But here it’s considered as an achievement, and that’s why it’s been called the level of structural unemployment in Spain. How do we explain it? Well, the majority of those immigrants worked in the construction sector, and some in agriculture. Within two years, Spain went from being the country which created the most jobs in the EU to the one which destroyed the most. This means that a large part of these jobs were not so much fictitious as unsustainable. That said, Spain’s ability to absorb so many immigrants was a success. Their jobless rate is about 10 percentage points higher, I would say 30%, and although some are going back, we are not talking about large quantities, only in the worst cases. Here there is no extreme right xenophobic party. I don’t understand Spain’s labour market despite being here for over 30 years. I find it hard to believe that nearly 21% of the active population is out of work, but we don’t have any serious social problems. I don’t think I could live peacefully in my country with these kind of unemployment levels.

Q: What do you attribute this to?

A: My explanation, and I have experienced it in my own street, is the Spanish family. I am convinced that with the family structure in my country or in northern European countries, a jobless rate of 20% would create serious social problems.

Q: And the black economy?

A: Yes, but I think that this carries much less weight than before. Spain’s black economy is now more or less between 18% and 20%, more or less the average in Europe. This is another mystery: it’s approximately at the same level as other European countries which have a much lower unemployment rate.

Q: What should the southern European countries do for the black economy to finally surface?

A: I think it’s a cultural thing. Spaniards tend to be schizophrenic because they all want the best services, like, for example, the Nordic countries, free education from 4 years of age. And you can only have this by paying much higher taxes than we do in Spain where there is a huge amount of fraud and tax evasion. I don’t want to appear anti-Spanish because this is my home, but there is still that culture here of the cleverest person is the one who doesn’t pay. I don’t know whether it’s because Spaniards think they are not getting what they deserve. We also mustn’t forget that over the last 40 years they have created a Social Security system, a Tax Office, a much broader public education system….maybe we have to wait some more years.

Q: How much additional suffering was caused by the Anglo-Saxon media saying that the “spailout” was inevitable and a done deal?

A: The negotiations on this issue are not transparent, and governments don’t provide information. Nobody wants to scare the markets and there is always a lot of speculation.

Q: But thanks to these false conjectures, some people made a lot of money…?

A: My feeling is that in the summer of 2012, the government was possibly closer to seeking a bailout than we thought. Furthermore, we mustn’t forget that Rajoy, who only asked for 42 billion euros of the 100 billion available, stupidly referred to this as a loan. Yes, it was a loan, but not just any old loan. It was a banking sector bailout, not a sovereign bailout. But Rajoy refused to talk about a bailout.

Q: Technically it wasn’t. And if the government had used that term, the risk premium would have gone even further through the roof. With a bailout, perhaps we would have had to cut pensions like Greece or Portugal…

A: Perhaps what is reproachable is that the government should have been more transparent in its explanation of the negotiations.

Q: The fact is that in less than three years, Spain went from triple A rating to being ostracised. So what guarantees does a triple A provide then and who grants it?

A: That’s another story. The rating agencies have lost all credibility with the crisis, giving ratings to the savings banks and companies which did not make sense.

Q: The banks have been capitalised. Do you trust the current data on the Spanish banks?

A: I think so, given that the IMF and other institutions have been monitoring the Spanish banks very closely. They have carried out quite a lot of reforms. I have a couple of reports and you have to believe these figures. What happened to the savings banks, as well as to the construction sector because they were very closely linked, was the tale of a predicted death. A country with 42 savings banks, which are also politicised, badly managed in many cases, and which the Bank of Spain is incapable of supervising…Today I think that BBVA and Santander are very solid and their overseas diversification strategy has paid off. The number of savings banks has been reduced to just 5 or 6, and two of them have been converted to banks. So I think the bad times are over.