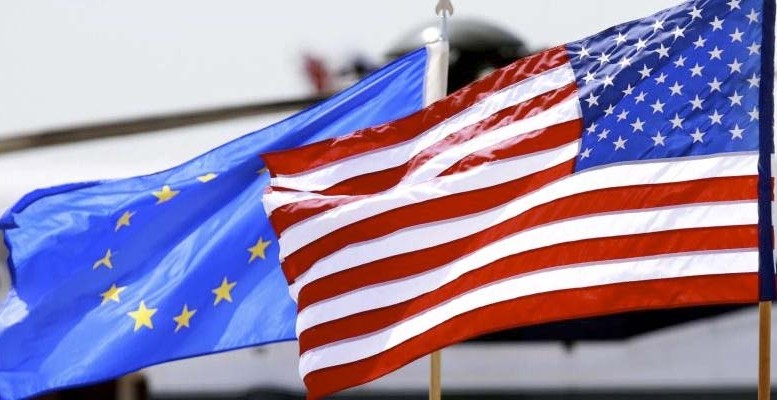 Francesco Saraceno | Last week’s data on EMU growth have triggered quite a bit of comments. I was intrigued by Paul Krugman‘s piece arguing (a) that in per capita terms the EMU performance is not as bad (he uses working age population, I used total population); and (b) that the path of the EMU was similar to that of the US in the first phase of the crisis; and (c) that divergence started only in 2011, due to differences in monetary policy (an impeccable disaster here, much more reactive in the US). Fiscal policy, Krugman argues, was equally contractionary across the ocean.

I pretty much agree that the early policy response to the crisis was similar, and that divergence started only when the global crisis went European, after the Greek elections of October 2009. But I am puzzled (and it does not happen very often) by Krugman’s dismissal of austerity as a factor explaining different performances. True, at first sight, fiscal consolidation kicked in at the same moment in the US and in Europe. I computed the fiscal impulse, using changes in the cyclically adjusted primary deficit. In other words, by taking away the cyclical component, and interest payment, we can obtain the closest possible measure to the discretionary fiscal stance of a government. And here is what it gives: Krugman is certainly right that austerity was widespread in 2011 and in 2012 (actually more in the US). So what is the problem?
The problem is that fiscal consolidation needs not to be assessed in isolation, but in relation to the environment in which it takes place. First, it started one year earlier in the EMU (look at the bars for 2010). Second, expansion had been more robust in the US in 2008 and in 2009, thus avoiding that the economy slid too much: having been bolder and more effective in 2008-2010, continued fiscal expansion was less necessary in 2011-12.
I remember Krugman arguing at the time that the recovery would have been stronger and faster if the fiscal stance in the US had remained expansionary. I agreed then and I agree now: government support to the economy was withdrawn when the private sector was only partially in condition to take the witness. But to me it is just a question of degree and of timing in reversing a fiscal policy stance that overall had been effective.
I had made the same point back in 2013. Here is, updated from that post, the correlation between public and private expenditure: Remember, a positive correlation means that fiscal policy moves together with private expenditure, and fails to act countercyclically. The table tells us that public expenditure in the US was withdrawn only when private expenditure could take the witness, and never was procylclical (it turned neutral in the past 2 years). Europe is a whole different story. Fiscal contraction began when the private sector was not ready to take the witness; the withdrawal of public demand therefore led to a plunge in economic activity and to the double dip recession that the US did not experience. Here is the figure from the same post, also updated: To sum up: the fiscal stance in the US was appropriate, even if it changed a bit too hastily in 2011. In Europe, it was harmful since 2010.

And monetary policy in all this? It did not help in Europe. I join Krugman in believing that once the economy was comfortably installed in the liquidity trap Mario Draghi’s activism while necessary was (and is)  far from sufficient. Being more timely, the Fed played an important role with its aggressive monetary policy, that started precisely in 2012. It supported the expansion of private demand, and minimized the risk of a reversal when the withdrawal of fiscal policy begun. But in both cases I am unsure that monetary policy could have made a difference without fiscal policy. Let’s not forget that a first round of aggressive monetary easing in 2007-2008 had been successful in keeping the financial sector afloat, but not in avoiding the recession. This is why in 2009 most economies launched robust fiscal stimulus plans. I see no reason to believe that, in 2010-2012, more appropriate and timely ECB action would have made a big difference. The problem is fiscal, fiscal, fiscal.