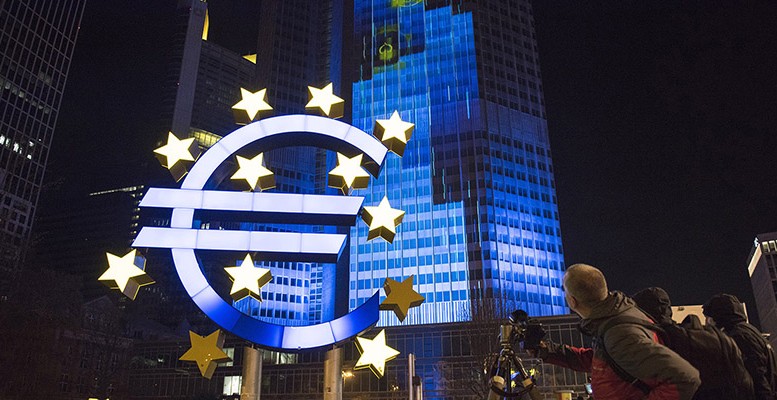 AXA IM | The technical details of the ECB’s corporate QE programme, the corporate sector purchasing programme (CSPP), released last Thursday, cemented our constructive view about its impact on credit markets. The CSPP details matched or exceeded market expectations, adding to the positive spread momentum that has been in motion since the initial CSPP announcement on 9 March. The inclusion of euro bonds by entities with a non-euro area parent, the minimum permitted maturity of six months (the cut-off in credit indices is one year) and the 70% ownership ceiling in each issue, are three key elements that surprised to the upside, suggesting that the ECB aims to afford the CSPP programme maximum flexibility.

We believe that the ECB is launching the CSPP to support credit growth in the euro zone through further rate and rate volatility reduction. The orderly functioning of primary markets, uninterrupted market volatility, is pivotal for credit creation and economic growth. The CSPP can serve this objective well by reducing (or at best eliminating) periods where primary markets shut down because of undue investor risk aversion. As well, CSPP can help alleviate potential scarcity issues in the private sector purchasing programme (PSPP) (Sovereign QE) as and when they arise.

In terms of the pace of CSPP purchases, we expect €3-5bn per month on average, which may vary with market conditions, to the upside during adverse markets and vice versa. CSPP can, therefore, act as a backstop to downside liquidity risk, suppressing downside spread volatility and capping credit spreads. Exhibit 1 is quite telling in that respect. Since CSPP was announced on 9 March, upside spread volatility (when spreads tighten) has jumped higher while downside spread volatility (when spreads widen) has declined. In terms of the eligible pool for purchases, we estimate that €750-800bn out of a typical euro investment grade (IG) credit index of €2tn will be eligible. Given that CSPP can buy maturities as short as six months, that it has more lenient rating criteria, and that it has no limit on deal size or coupon type, the eligible pool could be in the €850bn region.

The CSPP will participate in both new issues and secondary markets, in a similar fashion to CBPP32 (Covered bonds QE). This has stoked investor concerns that the program will disrupt primary markets by crowding out investors and throttling liquidity. While such concerns are perfectly legitimate, we think that the ECB is attuned to potential CSPP side effects and will tread carefully in order to minimise them. We don’t expect, for example, to see CSPP targeting anywhere near as much as 70% of new issues, unless adverse conditions dictate otherwise. Indeed, there has not been material disruption in the covered bond primary markets due to CBPP3.

One other potential side effect of CSPP is the suppression of New Issue Premia (NIP), which could be an unwelcome development for investors. There is a counterbalance nevertheless, the fact that lower spread volatility may render lower NIPs more bearable to investors in terms of risk-reward. Overall, the presence of CSPP has the potential to raise euro IG supply by 20-25bps p.a. and, via the portfolio rebalancing route, to raise euro high yield (HY) supply by €5-7bn p.a. The covered bond market exhibited such a dynamic post CBPP3, with a close to 15% increase in primary issuance attributable to ECB’s involvement. The CSPP can also prove supportive of financials’ issuance, thus facilitating the build- up of regulatory debt and capital buffers by banks (eg TLAC/MREL3 requirements).

The release of the CSPP details added to the constructive tone in euro credit and global credit more broadly. One risk to that is that markets may get disappointed in the short term if the programme starts slowly and the amount of purchases is lower than expected. In Exhibit 2, we compare the cumulative spread tightening in developed markets’ credit indices since the initial CSPP announcement on 9 March against our CSPP spread targets (ie how far can the spread rally run). The one market that has already exceed our CSPP target is dollar IG, but a more dovish Fed, a stabilisation in oil prices and a ‘not as bad as feared’ earnings season are also at play in that market. One other notable dynamic since 9 March has been the underperformance of the euro-denominated debt of UK corporates, which we attribute partly to Brexit risk and partly to investors rotating from non-eligible to eligible paper ahead of ECB’s buying come June. Now that we know that € debt of UK is also CSPP-eligible, we expect this underperformance to retrace considerably.