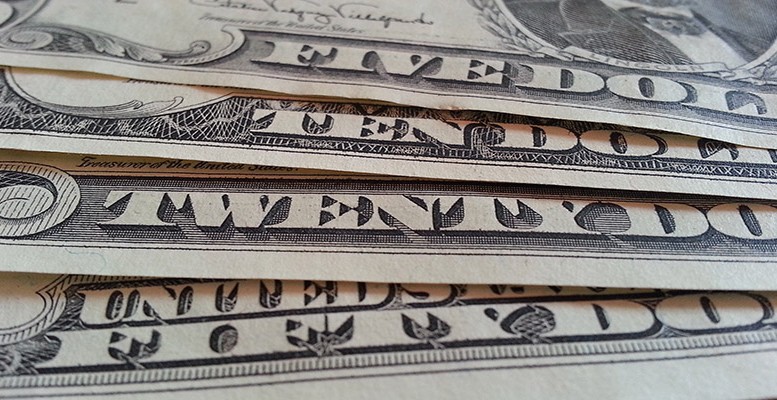 Marc Chandler via Caixin | The U.S. dollar has had a rough few months. It has fallen against most major and emerging market currencies this year. A critical issue for global investors and policymakers is whether the dollar’s uptrend is over or is this just a respite. Much is at stake with the answer.

The variability of exchange rates could account for one-third of the total return of a basket of international equities and twice as much for a basket of international bonds. Since many commodities are priced in U.S. dollars, the greenback’s direction tends to influence their dollar price. Many emerging market countries and companies have borrowed dollars, and an appreciating dollar exposes a potentially painful currency mismatch.

In order to begin answering the question, it is helpful to return to basics. What was the driver of the dollar’s rally? There are many different narratives, but the most compelling one focused on the divergence between the United States and nearly the rest of the world. Washington responded early and aggressively to the financial crisis in 2008, and this produced superior economic outcomes.

For example, the United States began an asset program to expand monetary support after the Federal Reserve’s policy rate was near zero in 2009. Europe and Japan began several years later. The United States began tapering its purchases before the European Central Bank (ECB) launched its asset purchase program. The Fed raised its fund’s target range while the ECB and the Bank of Japan (BOJ) were still in the process of expanding their unorthodox policies, which include negative policy rates.

There are other deviations. Some follow from a divergence in policy and others are independent. Large U.S. banks were forced to take government capital, whether they needed it or not. This removed the stigma and allowed banks to be recapitalized quickly. Europe, which is more bank-centric than the United States, which is more market-centric, has still not addressed its banking problems. The problems can be found in core countries like Austria and Germany, and not just in the periphery.

Japan and Europe are also still battling deflationary forces. In the United States, excluding food and energy, inflation has been steadily rising, despite the previous dollar strength. Core CPI is above 2 percent. The Fed’s preferred inflation measure, the core deflator for personal consumption expenditures, is up 1.7 percent over the past year, just below its 2 percent target.

Looking forward, it is possible that BOJ and ECB have not reached peak accommodation yet. The ECB took action on multiple fronts in March, but all of the new initiatives have not been implemented yet. The corporate bond buying program and the new loan program at possibly negative interest rates will be launched toward the end of the second quarter.

The BOJ is pursuing arguably the most aggressive monetary policy in history. It may not have reached its limit yet. Without the ability to intervene in the foreign exchange market, the BOJ may be the only one who can act.

The road to intervention was effectively blocked by lack of support among the G-20. The Japanese yen has risen almost 10 percent this year. The Canadian dollar has risen by nearly 9 percent, but Canadian officials are not itching to intervene. As a fraction of GDP, Canada exports nearly twice as much as Japan.

The BOJ did not ease interest rates at the end of April as many had expected, and this sparked new yen gains. The focus shifts to fiscal policy ahead of the G-7 summit in late May hosted by Japan. While a weak yen proved no panacea for Japan, a strong yen at this juncture can act as a new headwind on prices, corporate earnings, the equity market and the current account.

When learning to drive, we are often instructed to aim high in our steering, which means look up the road rather than just the few meters in front of you. This is true when considering the outlook for the dollar.

When there is a countertrend, the momentum will offset gains made through differences in interest rates. However, when the euro or the yen stall, which is starting to happen, it quickly becomes painful to be short on the greenback. And even if people like me are having difficulty timing the Fed’s hikes, we can still be confident of the direction of policy. The ECB will be expanding its balance sheet for almost another year, at the bare minimum, and the BOJ has no terminal date to its unorthodox policy.

The dollar’s driver, divergence of monetary policy, remains intact and still has more than a year to run. It does not mean that the dollar will appreciate every day or every month, or even every quarter. It does mean that the incentive structure created by interest rate differentials and shape of curves provide powerful incentives for investors to be long on dollars.