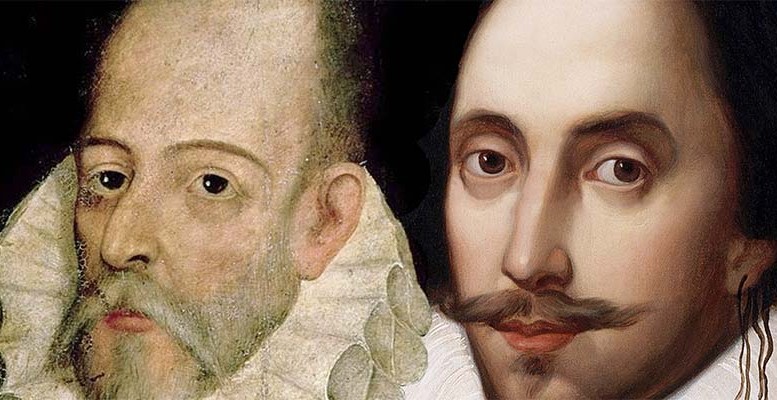 This year is the 400th anniversary of the death of both Miguel de Cervantes Saavedra (1547) and William Shakespeare (1564), two of the most famous writers in world literature. The first, with Don Quijote de la Mancha as his insignia, represents the highest form of the Spanish narrative. And the second, a dramatist and poet, is recognised by his own nation and by the Encyclopedia Britannica as “the greatest writer of all times, a unique figure in the history of literature.”

The celebration of the death of these two notable writers in their native lands demonstrates the difference between what both languages and both countries represent today. While in England they have pulled out all the stops, with both the Prime Minister and heir to the throne actively taking part, the commemoration activities in Spain have been rather sparse. What stood out the most amongst all the ceremonies was the cheesy event which took place in Parliament on April 21st.

Four hundred years after the death of these two “outstanding men of literature,” the Spanish and English languages have the role which history has given them. The first has become the world’s second language in terms of the number of people whose mother tongue it is, after Mandarin. But only English is spoken in science, business or international politics. Being able to speak English brings added success, which is difficult to quantify, in international trade.

The English language, 240 years after the signing of the Declaration of Independence in the US, has fully extended its power. And if only English is spoken in the worlds of science and diplomacy, the economy has also become another of its fiefdoms.

Not even in the wake of the recent economic crisis have there been any timid efforts to adapt Anglo-Saxon terminology to Spanish idiosyncracies. On the contrary, those people who live off this business don’t back down from repeatedly using terms like yield, bail-in or default. But it wouldn’t be particularly complicated to substitute these words with rentabilidad, recapitalizacion interna or impago. The Spanish terminology wouldn’t beat the English equivalent as far as brevity goes, but it would be good for the language.

The contribution of all Spanish-speakers to global GDP is 9.2%, according to the Cervantes Institute. Furthermore, the institution points that over 858,000 tourists came to Spain in 2013 to study; the fourteenth economic power in the world is the Spanish community in the US; its purchasing power doubles every decade in the US and two-thirds of GDP linked to Spanish is generated in two key areas: North America – Mexico, the US and Canada – and the European Union.