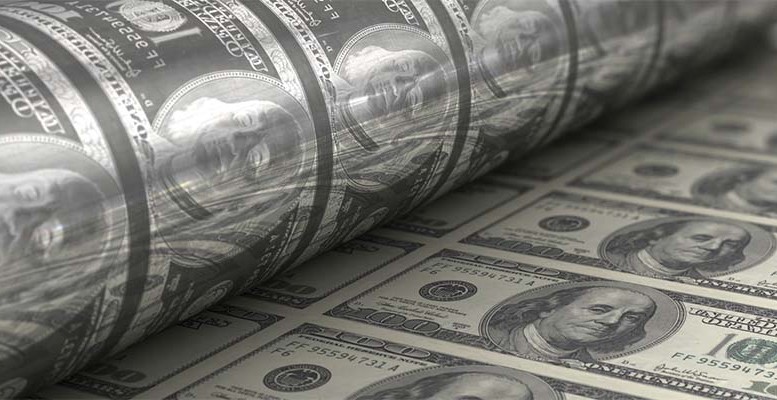 Benjamin Cole via Historinhas | Of late in monetary blog-land has been bruiting about central bank helicopter drops, usually defined as a last resort to boost aggregate demand and fight deflation.

Traditionally, a helicopter drop has been the printing of paper money to aeronautically enrich a euphoric hoi-polloi. But now many monetarists consider digitized quantitative easing (QE) to finance or offset national fiscal deficits or  tax cuts to be a chopper-toss as well. In other words, print money and finance government.

But thinking it over, QE is always a helicopter drop. It just depends who gets the new money.

Okay, in the years 2008 to 2014, the U.S. Treasury ran red ink and sold Treasury bonds, and the Fed digitized money and bought $3 trillion+ in Treasuries, through its QE programs. One does not have to be a cynic to conclude that the Fed printed money and gave it to the federal government, and Columbia economist Michael Woodford, sotto voce, pretty much says so.

So, the institutions and people who sold Treasury bonds into the Fed’s QE program (through the middlemen primary dealers) received in exchange for their Treasuries digitized cash. They received a “helicopter drop” of money, but in exchange for their bonds (bonds that were somewhat appreciated by QE, btw). In this regard there is no moral hazard.

Even today, no one really knows what people who sold Treasuries into the Fed QE program did with the $3 trillion+ in cash they got. We know the $3 trillion went into bank accounts, securities, property, cash or consumption, but by what fractions is unknown. There were property and equity recoveries during the Fed QE years. Some aver that conventional QE was a helicopter drop, but onto asset markets.

But by another conceptual lens or viewpoint, even in the Fed’s conventional QE the taxpayers received a helicopter drop too. Federal taxes were relatively lower than otherwise during QE, as federal government operations were financed by Fed money printing and buying of Treasuries. Net, the federal government stopped borrowing money, or taxing enough to finance operations, and used Fed-created money.