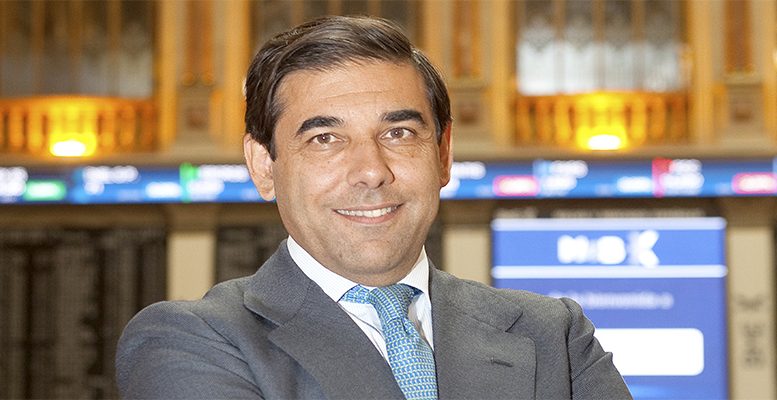 Fernando Rodríguez | “The MAB came to a bit of a standstill in 2017 due to bad corporate results and the brakes which have been put on it…companies which want to list on this market are not getting investors for the financing rounds prior to their market debut. But there is money around. It’s a temporary situation. And the Stock Market Regulator (CNMV) should get more involved, follow it more closely,” says Antonio Romero-Haupold, chairman of the association which represents the companies which list on the index, as well as the rest of the actors in the market, AEMAB.

The aim of the MAB is to help companies grow so that they can later transfer to the Continous Market (Mercado Continuo). The market was created in 2009, immediately after the crisis erupted, with four segments – SICAV; SOCIMI (Societies for Investment in the Property Market), the ECRs (Risk capital firms) and companies in an expansion phase.

Q: It seems that only the Socimis segment has experienced a significant development, because there are barely more than 30 companies listed. How would you summarise the MAB’s situation and its future?

A: I believe that all competitive countries have a similar market, because it’s a way of financing R+D+r and disruption in companies. The MAB doesn’t function in Spain at the moment, but it needs to. If not, Spain will be left behind. I don’t know whether we should join forces with other markets, or if the ICO should distribute part of its investment to venture capital funds specialised in these kind of companies, or whether the adminstrative procedures should be cheaper and simpler. I don’t know, but this market is definitely necessary because, for example, if it weren’t for the MAB, we would not have MasMóvil, the fourth biggest telecoms operator in Spain.

Q:But MásMovil, which eventually represented 36% of the MAB’s total capitalisation, transferred to the Continuous Market in 2017. The market is at a standstill.

A: That’s because Carbures and Gowex have had problems and have put the wind up the market. People are scared and they need a lot of confidence in the companies to get involved. There’s a lack of liquidity at the moment, but that will pass.

Q: You have said the “lack of alternative financing options to the banks has been our biggest torment during the crisis.” What do you mean?

A: That is another reason why more companies don’t join the MAB. Bank financing accounts for 90% of all funding in Spain, between banks and their funds. We are completely bancarised and the banks are not interested in offering alternatives. Furthermore, half of this 90% goes to the State. This is a structural problem in Spain.

Q: The AEMAB has been asking for years for the MAB’s tax treatment to be brought in line with other similar markets in Europe which are doing much better, like AIM in the UK or France’s Nouveau Marché.  What specifically needs to be done and who’s responsability is it to push through this reform?

A: We have a prepared a legal amendment which we have already shared with the CEOE. The red line is generally that you don’t pay capital gains or losses until you leave the market, selling the shares. This happens in the majority of countries apart from Spain. In the AIM, which has 3,000 companies listed, if you make money, you pay less taxes and if you lose money, you can offset this with other capital gains. Its system is better.

Q: Which technical measures would be useful to make the market more dynamic: a mechanism to increase liquidity and flexbility in the share price, the elimination if desired of the banks supplying liquidez…?

A: We need to boost venture capital in Spain, which is the natural opening for the stock market, and that the percentage of traditional banking financing was reduced.

The ICO is financing the venture capital sector. So why not also support those funds specialised in the MAB? On the other hand, it would be better for all companies to trade continuously and not just with fixing. Getting into the MAB should be easier and there should be incentives. In Galicia there were, and various companies entered the market which have been successful.

Q: It’s assumed the MAB is more risky than other segments in the stock market, but situations like that of Gowex or Carbures have not helped to enhance its reputation. The chairman of the CNMV has said that the MAB needs to increase its level of information and supervision to boost its credibility. What do you think should be done and can be done in this area?

A: Of the 3,000 companies listed on the UK’s AIM, something has happened to half of them on the way: they have merged, they have gone under and some have even said they had gold mines and they neither had mines nor gold nor anything. It’s how it is in Spain. But what happens here is that no-one is to blame. Gowex is still around and those in Carbures continue to tell stories. Justice needs to be implemented more quickly. Whatsmore, the CNMV should be more implicated, and monitor more strictly companies’ hechos relevantes if necessary.

A: Because of bad corporate results and the problem cases there have been. Companies which want to join the MAB are not getting investors for the financing rounds.