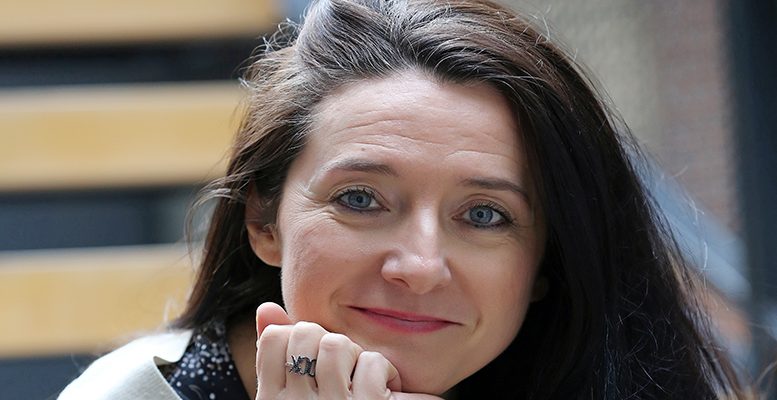 mmanuelle Auriol, member of the board of the European Economic Association at the University of Toulouse.

Emmanuelle Auriol, member of the board of the European Economic Association at the University of Toulouse, is well-known in France for her polemic proposals. For example, selling visas to immigrants who are interested: “what we are doing is hypocritical: allowing them to come into Europe under terrible conditions, even risking own lives, then exploiting them when they are here because they don’t have any rights. Whatsmore, every European country has a programme in place to sell visas, it’s something that’s already being done.”

Q: This year, France will grow 1.6%, the best figure in the last five years, but it still hasn’t reached the eurozone average. What’s keeping it back?

A: France suffered in the 2008 crisis like everyone did. Furthermore, we are traditionally a country which is very protective, with a lot of security networks for the population. As a result, and this is historical, we take longer to recover than other countries. And of course we are a big country, with a lot of inertia which makes reforms difficult. But I believe the efforts being made in this respect are going to end up bearing fruit. That’s what the forecasts tell us. In any event, the fact the French economy is doing well today is not yet down to Macron but to his predecessors.

Q: The labour market is usually highlighted as the core problem. Is that your view?

A: Absolutely. Our country was paralysed mainly by its labour market. For that reason I am personally in favour of the reforms we are seeing: those related to job contracts, to relations with social agents…Hollande had tried some things, but his capacity was limited because he needed the support of the Socialist Party and that was not a simple matter. Macron doesn’t need this and has decided to proceed via the law, he has a majority and that seems reasonable to me. We don’t need to discuss the subject for hours and hours. We are on the right road.

Q: You talk about the importance of “social benefits”, collective rights, a concept which in France is studied from primary school  days as the backbone of the Republic. What would be the red lines with reform?

A: As they say, the devil is in the detail, in how these reforms are going to implemented. But I agree with them on paper. I believe, and this is very important for France, for its identity and the social consensus we have established, that we need to protect the workers, not the jobs. Because if we try to protect the jobs, prohibit lay-offs, what happens is that there is more unemployment in the end.

Q: Would you hold on to anything else?

A: Other red lines are free public education up to grammar school level and free, universal access to the health service. We can already see that the US model is completely inefficient: in the end it covers a smaller percentage of the population and costs more than it does in our case. For me it’s crucial to protect the more vulnerable, like pensioners, or the underprivileged, but we have to do this in an intelligent way. And above all, not to the detriment of employment or growth, because if not we can’t maintain it. We are going to have to increase productivity because if not, we are not going to be able to maintain the French social contract which allows us to be part of globalisation. Because if we don’t protect people, they take vengeance in the polls and look for something else, which is understandable. And that’s when we end up with Brexit or the arrival of Trump.

Q: Macron is calling for a finance minister and a Eurozone budget. It doesn’t look as if Angela Merkel is going to accept this. With what sort of minimum agreement should we be prepared to settle?

A: The Germans are very cautious. And because of what they have experienced they have reason to be suspicious about a lot of things, amongst them inflation. They have lived through terrible times and as a result they have obsessions which are not necessarily the same as those of the French. But at the same time we have to acknowledge that under Sarkozy, then Hollande and now Macron, we have been promising a series of labour and fiscal reforms which have still not taken place. The Germans have completed their reunification and in-depth economic reforms. They manage their debt situation very rigorously. And it’s clear they don’t feel like having any more responsabilities heaped on their shoulders. Sometimes we accuse them of being rigid, but they have the right to be cautious. I don’t think Merkel signs anything she doesn’t want to.

Q: One of the criticisms most widely thrown at the EU refers to the management of immigration and the refugees. You suggested that countries sold visas directly to the emigrants to put an end to the mafias. Many people thought this was immoral. Is this not a way for the state to get something on the cheap?

A: Those who rise up in defence of everything don’t see that prohibition policies contribute to the creation of a black market. Demand for something is not dampened by the mere fact of suppressing its legal supply. There will always be criminals who respond to this demand for sex or drugs. And immigration is a very sensitive issue in France. We already know that parties like the National Front have a big presence and are asking for borders to be closed. I rebel against this proposal. Those US states which have implemented very restrictive immigration policies, particularly in the case of Mexico, have ended up suffering very serious economic consequences. They were farming states and companies couldn’t find local people who wanted to do this kind of work. They had to open up their doors again. France is a country where there is ample social protection and people don’t want to look after a bedridden patient or sell kebabs. In many cases, they prefer receiving subsidies rather than doing specific jobs. And what we are doing is extremely hypocritical: allowing immigrants to come in under terrible conditions, sometimes even risking their own lives, and then exploiting them when they get here because they don’t have any rights. Whatsmore, every European country has a programme in place for selling visas, it’s something which is already being done.