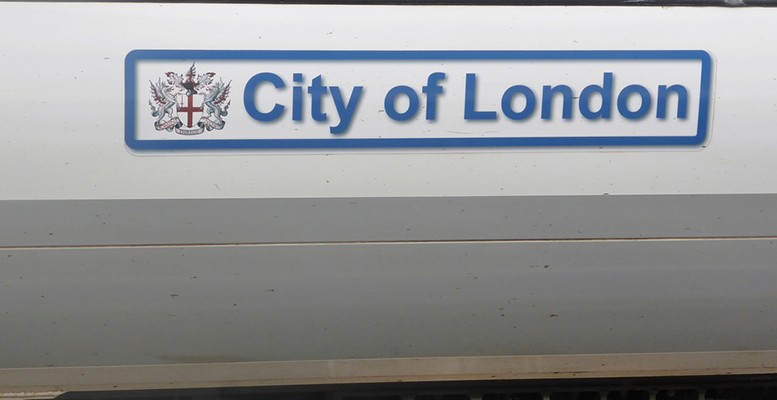 Whilst many issues are being discussed in relation to the forthcoming European Union (EU) referendum in the UK, the issue of “sovereignty” is the one that divides the remain and leave camps. The highly respected think tank Open Europe, which is backing neither side, has made it clear that the economic effects of the two options are marginal in this report. While there may be disruption in the short term, it is likely that the UK will prosper in either scenario.

The issue is thus about sovereignty and who calls the shots on important issues such as border control, environment, defense and security, all of which require government intervention. Trade is not an issue, as it is not governments who trade in either manufactured goods or in services. It is entrepreneurs and their businesses that generate the wealth that governments then spend wisely or unwisely. Governments can set the rules on trade and negotiate trade agreements but, in practice, they have no role in generating wealth—in most cases quite the opposite occurs.

Part of the Club

The sovereignty issue for the UK turns on whether it is better to be part of a club of nations such as the EU or outside the club as a member of the World Trade Organization, NATO and the United Nations. The problem with the EU is that it presently comprises 28 nations, each of whom have other national priorities as well as diverse electorates, who also have their own priorities that differ as a result of their history.

For example, Germany spends considerably less than Britain or France on defense, and has not participated to any great extent in resolving conflicts in recent years in the Balkans or the Middle East and North Africa. It may not be so surprising that the Germans do not want to appear warlike after starting two world wars of the last century, but it is time for them to put their past behind them and to play a more proactive role in defending Europe and in resolving conflict issues elsewhere in the world.

Germany has the largest economy in the EU and can well afford to do more. While Brexit will make little difference to this situation, it will enable Britain to distance itself from demands from Germany and other European countries with weaker defense capabilities to form the core of a new European army. These demands are strongly resisted in the UK.

The sovereignty issue for the UK is made a great deal worse as a result of the cumbersome and ineffective organizational structure of the EU. There are three levels, each with its own president, and, in the case of the Council of Ministers, two presidents, one of whom takes the chair every six months and the other continues for five years. While the Council of Ministers comprises the leaders of each of the 28 countries in the EU, it does not have the final say on anything. The final say is exercised by the European Parliament which, however, has no power to initiate legislation—a power reserved for the European Commission; both of these have their own presidents.

The European Parliament is made up of representatives from all 28 nations and do not necessarily represent the views of those nations as they are elected in a different manner and at different times. In the case of the UK, they are elected under a system of proportional representation, which means there are 73 members (out of 751) who come from different parties to those elected to the British Parliament under the “first past the post” system used for national elections. For example, the United Kingdom Independence Party (UKIP) has 22 members of the European Parliament and just one in the British Parliament.

This complexity is the root cause of why the leave camp is making such an issue of sovereignty, especially as there is nothing “reformed” about the EU despite the long and difficult negotiations. All that was achieved was more opt-outs for the UK in areas such as a temporary brake on in-work benefits for immigrants.

More importantly, there is still little recognition of the importance of the UK’s strength in financial services, with the City of London remaining under the regulatory control of the EU where regulations are created and supported by other nations with limited knowledge of financial markets, or countries—as in the case of France and Germany—that are very jealous of the City of London’s success.

It is feared by many in the leave camp that the EU will continue on its way to a “closer union” with a dysfunctional eurozone introducing new laws or regulations to integrate the financial management and funding of its members that will cover up the failings of many of its members and will drag the UK down as a result of their high unemployment and lack of competitiveness.

It is also feared by many in the leave camp that any future UK government can opt to join the euro and Schengen by repealing the European Union Act of 2011, which purports to block the transfer of more powers to the EU unless supported by a referendum. Furthermore, it is settled Conservative Party policy to support enlargement of the EU, including the admission of Turkey that continues to be on the table despite worries about the admission of another 77 million people with the right to free movement. It is also noteworthy that the European Union Act of 2011 does not block enlargement of the EU, despite the fact that enlargement changes the balance of power within each of its institutions.

Where does all this lead? Business leaders are split. Understandably, larger businesses with lobbyists in Brussels are more able to cope with steering the EU Commission in the direction that suits them. Smaller businesses and the general public are left feeling overwhelmed by the bureaucracy and lack of accountability at all levels. Disenchantment with politics and politicians and especially the elite is giving rise to support for those who show leadership, but leadership is sadly lacking in Europe.

This makes people vote for anyone who is “different” and not a member of the elite. In the UK, this has given rise to UKIP under the leadership of Nigel Farage and to the rise of the left-wing of the Labour Party under the leadership of Jeremy Corbyn. Even the much-admired Angela Merkel is losing support both in her own country and generally in the UK, but no one but the Germans can deal with that.

Remaining a member of the EU adds to this disenchantment due to the democratic deficit in the EU as a result of the dilution of power and influence caused by the myriad levels of the EU structure. If the UK chooses to leave the EU, the ability to change its leaders will be significantly enhanced for better or for worse.

The vote by the British people on June 23 will shake the elite whichever way it goes and may surprise the commentators. While the two sides are generally neck and neck in the polls, there remain a large number of people who are undecided and it would take very little to tip the result one way or another. For example, another terrorist attack as the one in Brussels close to the day could change everything.

A vote to leave will be life-changing for the British people, and in the long run would be the best thing to happen to the UK as it would free up the innate competitiveness of the British people who have a long history of innovation and an independent streak, which has enabled them to strike back in adversity and to survive two world wars.

But people generally fear change, and so the balance of probability will be that the final result will be to remain for now. It is also likely that the EU will change considerably over the next 10 years and might even break up because not only Britain but also other countries are unhappy with it in its current form. Therefore, they might then exit the EU when the opportunity arises.