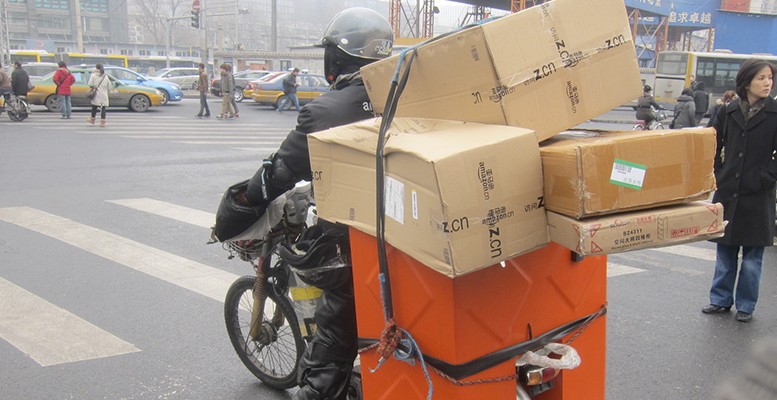 Wang Qionghui via Caixin | China is to impose new tax rules on cross-border e-commerce that experts say will increase the cost of many items such as food, health care products and low-price cosmetics.

From April 8, buyers of all imported goods purchased online must pay most of a 17 percent value-added tax and a consumption tax, if applicable, according to a policy released on March 24 by the Ministry of Finance, the General Administration of Customs and the State Administration of Taxation.

In the past, buyers would pay only a “postal articles tax” with rates ranging from the most common 10 percent to 50 percent. Goods imported in bulk through other channels are subject to a tariff as well as value-added and consumption taxes.

The difference created unfair competition among traders that the policy aimed to address, the government said. The new rules will also eliminate a duty-free exemption for goods whose tax payable does not exceed 50 yuan. Packages whose value exceed 2,000 yuan and goods mailed to one person in excess of 20,000 yuan every year will be taxed more heavily as general trade items.

“For cross-border shopping firms that relied solely on differing tax rates under preferential policies for e-commerce, the times ahead will be tough because their business model will collapse if they don’t transform quickly,” said Zhang Zhendong, CEO of bolo.me, a cross-border e-retailer.

The new policy will increase “the tax burden for items such as mom and baby products, food and health care products,” the international arm of Tmall, Alibaba Group Holding’s shopping website, told Caixin in an email.

“Cosmetics and electric appliances, depending on their prices, will see either more or less taxes,” it said.

“Low-cost cosmetics, especially those imported from South Korea, each priced under 100 yuan,” will suffer most, Niu Wenyi, partner at a firm that lets Chinese consumers buy goods overseas. He said the policy would increase the cost of such cosmetics, which account for a big portion of cross-border e-retails, by more than 30 percent.

The impact would be huge, too, on mother-and-baby products, food and commodities for everyday use, he said.

Niu said the policy would make health care products more expensive, but sales may not be affected much because consumers in this category value quality more and are less sensitive to price changes.

The same cannot be said of many other items. In its email, Tmall said it had been consulted by the government’s policymakers regarding the impact of the new rules and said they would increase the demand for smuggled goods.

Although the government did not say how it would address the smuggling problem, customs officials were expected to examine more undeclared parcels than they used to, said Liu Nan, founder and CEO of cross-border e-commerce platform mia.com.