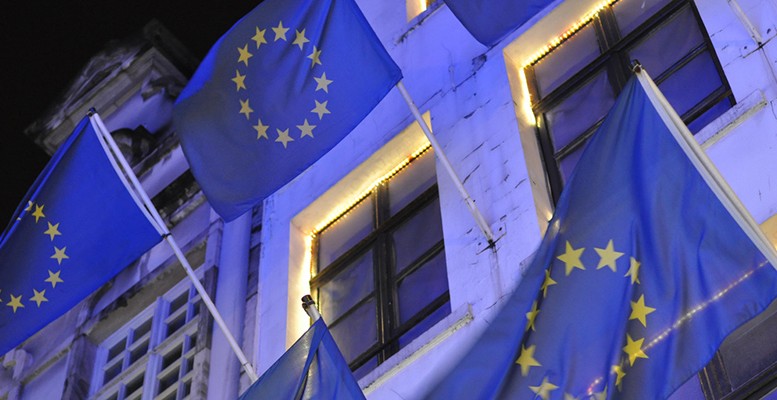 AXA IM | A number of political developments are likely to trigger volatility in 2016, especially around the month of June. However, the real risk lies in the longer term. For the first time since the 1950s, EU- scepticism is threatening the European project not just to stall, but to step back. Political risk in the euro area has taken a backseat in recent months. However, it looks set to make a comeback in the next few months as a number of events appear on the horizon. The main topic in focus in Europe is the UK referendum1, which continues to drive price action in sterling assets. A number of other unresolved issues may also resurface around June.

First is Spain. As we had expected, current negotiations are likely to lead to new elections. Attempts to build a left-wing coalition between PSOE, Podemos and Ciudadanos have so far progressed little. A last minute agreement remains possible, especially in a context where PSOE’s Sanchez may lose the party leadership in case of a failure. But our central scenario remains that no deal is reached by the deadline of 2 May, implying elections in late June. The absence of a government is not necessarily bad news, and the price action in markets has remained tame since February. In fact, after significant fiscal slippage in 2015, PM Rajoy’s caretaker government may implement more fiscal rectitude this year, although under careful scrutiny from the Parliament. The concern is that new elections may deliver a similar outcome to the current one. A prolonged paralysis may become a risk as markets start doubting about too much of a good thing.

Second is Greece. After prospects were abandoned of a deal during the IMF Spring Meetings in Washington this week, a number of factors are leaning towards a more protracted negotiation. First, recent acrimonious exchanges show how poor the relationship between the IMF and the Greek government is. As usual, PM Tsipras is playing on two levels: managing the negotiations with international lenders while shoring up support in its internal coalition. Second, divergences between the IMF and the Europeans have deepened on the issue of fiscal sustainability. The IMF needs assurance that Greece remains solvent and demands a forceful debt restructuring, a political no-go in Germany so far. The risk is a remake of 2015, as Greek government debt is again coming due to the ECB in July (€2.3bn). While we are reasonably confident that a deal, although potentially rushed at the eleventh hour, will be found, we are less certain of the ability of PM Tsipras to keep his coalition together if asked for more austerity measures (pension reform in particular). Clearly, another political void or snap elections in Greece would negatively impact market sentiment.

Third is Portugal. After the surprise formation of a left-wing coalition in November 2015, PM Costa has reassured markets by showing good will in economic policy. Still, an unexpected bank bailout last year has driven the budget deficit to 4.4% of GDP, well above a 3% target. As a result, more consolidation will be asked by the European Commission this year. A review in May of the current budget implementation may result in additional efforts, risking a rise in instability in a similar way to the February episode.

These events refer to the short term. But a second, more serious layer of political risk needs to be factored in for the longer run: EU-scepticism. Europe has always been the subject of debates in terms of the political direction it should take: more or less pro-market, more or less social policies, more or less federal integration. But things are different today as Europe is challenged on two distinct fronts: first, the legitimacy of Europe as a relevant level for policy-making; second, confidence of Europeans in the reliability and trustworthiness of their peers.

Europe is challenged as a relevant level for policy making. The line of argument is the inability of Europe to deal with the challenges of today and the ‘one size fits all’ policies: Europe has been unable to protect populations against a double crisis; Europe has been unable to lay out a policy response to international threats. In a number of peripheral EU countries or within fringe parties of core countries, advocates of the “better alone” are gaining ground. This is true in the UK, where regardless of the outcome of the referendum, a large share of the population will have voted to leave. This is also true in other countries in the Nordics or Eastern Europe, where domino effects are possible in case of Brexit. Among core members, fringe parties supporting leaving the euro or the EU are also gaining influence, in France, Germany or the Netherlands. The recent referendum in the Netherlands about an EU-Ukraine trade agreement shows that not only is this minority growing, but it also benefits from the increasing indifference from the majority (61% rejection with a 32% turnout).

Europe is challenged by an unprecedented level of defiance among its members. This started on economic grounds: the sovereign crisis opened an acute confidence crisis between fiscally righteous countries and the others, with a permanent suspicion about free-riding and fiscal transfers. As assistance programmes ended successfully in Ireland, Portugal and Spain, the same doubts survived through ECB policies. The QE programme and negative interest rates are considered a tax by stealth on German savers. Conversely, several countries have started to suspect Germany of economic domination plans, based on self-defeating austerity and ordoliberalism.

The terror attacks and refugee crisis of 2015 have provided further fuel to this dynamic of mutual distrust. For the first time since its creation, one pillar of the European project – the Schengen agreement – was suspended as governments were no longer trusting their neighbours to enforce borders controls. In this context, governments acrimoniously defended their national interest in dealing with refugees while undermining the benefit of a coordinated response.