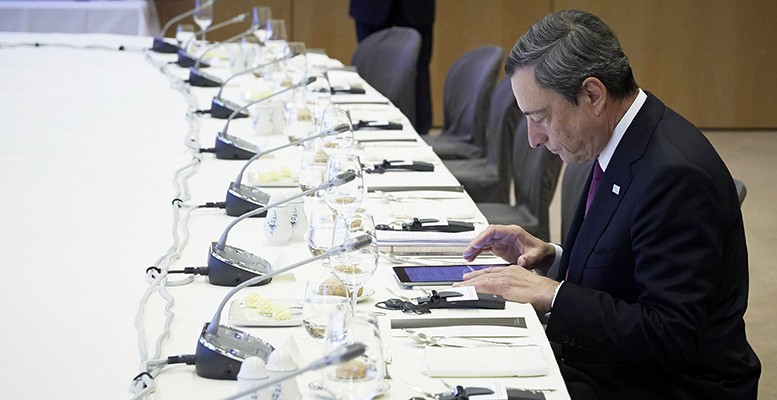 Markets are trying to glean any hint about whether or not the ECB will confirm additional stimulus during its monthly meeting today. Most analysts forecast a QE reinforcement in quantity, as well as in term, before year-end or in 2016. But there is also a minority who bet on the central bank just adding corporate debt to the cocktail.

According to the last Bloomberg survey, 81 per cent of experts expect new stimulus, and of those 51 per cent think the ECB will take action in December. The main option would be to extend the asset purchasing programme beyond September 2016 (81%) along with a purchase increase over 60 Bn€ (42%), against the minority option of raising the elegible assets world (28%).

That is the view of Spanish analysts at Intermoney. They do not estimate any additional QE reinforcement, neither in quantity nor in fulfilment terms, but they consider as “convenient” the inclusion of different assets such as corporate debt. “The latest figures from the ECB’s bank lending survey in the Eurozone in Q3’15 allow the central bank to remain inactive.”

Overall, credit conditions and demand from companies improved, but performed worse than in Q2’15, as was also the case with consumer loans. Additionally, mortgage loans continued to be the “black sheep,” which “is in the ECB’s interests,” said Intermoney. As they explain, “the institution wants to eliminate excesses in the real estate sector. Mortgage lending was never its priority, but a recovery in corporate and consumer credit.  Therefore, they would be fulfilling their target. In some countries like The Netherlands, strict mortgage requirements go hand-in-hand with the debancarization process.

In the second quarter of 2015, nearly 10% of Dutch mortgages were given out by private funds. There is increasingly less use of banks in a market which is returning to growth.

From the City of London, UBS experts expect a “wait and see” stance from the European Central Bank. “We think Mr Draghi will reiterate that the ECB monitors external developments carefully, and is ready to act if needed. In that way, he will leave the door open for more accommodation on December 3, when the ECB will release new staff macroeconomic forecasts.”

They also do  not expect additional QE to be delivered in December. Their base case scenario remains that the ECB will run QE in its current form (60 Bn €per month) until September 2016, followed by some form of tapering.

Finally, Barclays predicts the ECB will implement further monetary easing before year-end. “We believe that the details and magnitude matter with regard to the euro’s reaction. An extension and increase in the QE program would probably have less effect than an outright cut in the deposit rate. It is just a matter of time until the ECB decides to drive the EUR/USD lower,” the analysts said.