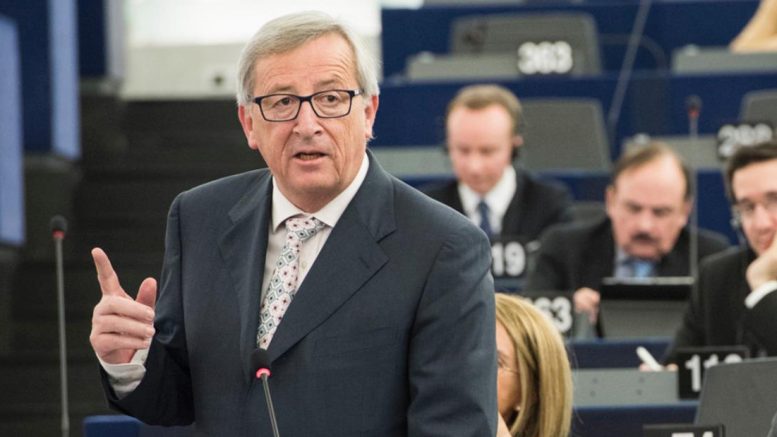 Antoinette Ismail  (European Views) | Addressing the European Parliament in Strasbourg, President of the European Commission, Jean-Claude Junker has described Brexit as ‘a waste of time and a waste of energy.’

In his 105th address to the plenary of the European Parliament he spoke about the conclusions from last week’s European Council meeting.

President Junker said, ‘In many of these 105 debates, I had to discuss the UK’s departure from the European Union with you. In truth, it has pained me to spend so much of this mandate dealing with Brexit, when I have thought of nothing less than how this Union could do better for its citizens – a waste of time and a waste of energy.’

He went on to speak of his regret at the UK’s planned departure from the European Union but said the EU had done everything in its power to ensure this departure was orderly.

He said, ‘I will always regret the United Kingdom’s decision to leave the Union. But at least we can look ourselves in the eye and say that we have done all in our power to make sure that this departure is orderly.’

The address was concluded by President Junker’s comments that the EU would not ratify a Brexit agreement without it first being ratified by the UK parliament – ‘……But it is not possible, not imaginable that this Parliament would ratify the agreement before Westminster will have ratified the agreement – first London, then Brussels and Strasbourg.’

The speech by President Junker is expected to be his last to the European Parliament in his term of office.

Yesterday (Monday) saw the first reading of the European Union Withdrawal Agreement Bill in the House of Commons with the second reading taking place today Tuesday.  MPs will be given the chance to vote on Prime Minister Johnson’s Bill. If rejected at second reading stage it cannot be reintroduced in this parliament session. That would leave a general election as the only option for Government.

Government is proposing a highly condensed 3-day timetable of debate due to the tight October 31stdeadline. This is likely to present a stumbling block for MPs due the Bills constitutional significance.

European Council President Donald Tusk, also speaking at the plenary meeting of the European Parliament this morning said, ‘I have no doubt that we should treat the British request for extension in all seriousness.’