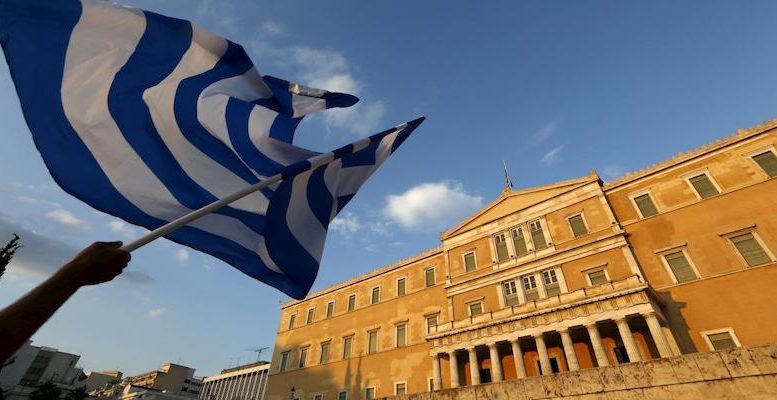 Nick Malkoutzis via Macropolis | Greece enters a new year that could prove to be a watershed in its long and meandering traipse through three successive bailouts and faltering efforts to overcome the chronic weaknesses that contributed to one of the most damaging economic crises the developed world has seen.

If everything goes to plan (admittedly, it rarely has during the past eight years), the third programme’s third review will be concluded this month. This will unlock a series of positive developments that have not been seen since the country entered its first bailout in 2010. Greece was last in this position in 2014 but the parochialism and short-sightedness of its politicians got in the way.

Getting the current review out of the way means there is just one more inspection ahead. Although it is set to involve more than 80 prior actions, none are considered as politically testing as the ones completed by the government over the past couple of years. Also, the keenness of the European lenders to get Greece over the finishing line means that it is expected to be a rather routine affair.

Apart from that, Athens will make another foray into the international bond markets following the swap it carried out towards the end of 2017 and the issue it conducted last summer, the first since 2014. This will be another vital step towards establishing normal market access, which is the platform for any exit from the bailout era.

The next bond issues are due to take place against a backdrop of a recovering Greek economy, with growth expected to pick up in 2018 as confidence returns, boosting investment and consumption.

The completion of the third review is also expected to trigger a more detailed discussion on debt relief, which is another key factor in determining the country’s fiscal and economic future. An agreement on the restructuring of Greek debt will not have an immediate or discernible impact on the bank accounts of businesses, households and individual citizens that have suffered so much for so long but it will represent a psychological turning point. For the first time since the initial memorandum of understanding (MoU) was signed, Greeks will see their side in getting more out of negotiations than more measures in exchange for more loans from the creditors.

The significance of morale should not be underestimated in this process. Opinion polls consistently show that so far Greeks overwhelmingly believe the country is heading in the wrong direction, are the most pessimistic in the European Union regarding their economic prospects and are highly sceptical about whether there will actually be an exit from the programme, which they expect to be followed up by a fourth bailout.

Their doubts on the last point are well-founded. The SYRIZA-led coalition is promoting the idea of a clean exit from the programme, which would be supported by a cash buffer of more than 10 billion euros rather than a precautionary credit line. However, regardless of the financial mechanics, the Greek economy will continue to be under a considerable level of surveillance from the lenders for many years to come, while the fiscal targets will also continue to be oppressive as a primary surplus of 3.5 percent has to be produced next year and every year until 2022. After that (and subject to what is agreed in the debt relief package), the targets will be around 2 percent of GDP.

Nevertheless, coming out of the programme will see Greece go through a psychological barrier after eight years of toil and strife under the three MoUs it agreed with the eurozone and the International Monetary Fund. After almost a decade, Athens will start to gradually take back control of the political and economic decision-making process, much of which was confined within the restrictive framework of the bailouts.

This step back towards normality also carries a threat, though. Since 2010, Greece has been like a prisoner in solitary confinement, told when to wake up, what to eat, how to exercise, when to go to bed and so on. The country’s political system has learned to operate within these boundaries, taking its lead from the lenders and defining itself in relation to the restrictions put in place.

From this August, though, this will have to change. The onus will be on the same politicians to start to think in completely different terms. Their task will be to come up with a vision for Greece outside of the crisis and its economic adjustment programme. At the moment, this looks like a challenge for which the country’s elite is poorly equipped. The discussion about post-MoU Greece takes up only a miniscule part of the domestic political debate.

For SYRIZA and its junior coalition partner, Independent Greeks (ANEL), the focus is purely on achieving the programme exit next summer. This is a huge political prize for Prime Minster Alexis Tsipras as he believes he will capitalise on the claim that he managed to venture where none of his predecessors were able to by taking Greece out of the crisis and its eight years of EU-IMF programmes.

After making his about-turn in the summer of 2015 and agreeing a third MoU, Tsipras subsequently realised that completing the bailout he signed represented the only credible path for him and his party to recover the support that drained away after Greeks realised the consequences of what had happened in those fraught days in the earlier part of the year.

This is why Tsipras and his party have reluctantly swallowed so many vastly unpopular measures, including further pension cuts, tax rises, changes to the law on strikes and electronic property auctions. The problem is that the government has become so fixated with the idea of exiting the programme in August, it has thought of little else. Until now, it has not painted any picture about how it sees Greece beyond this summer.

New Democracy has been more forthcoming in terms of setting out a reform agenda but has also become utterly obsessed with the idea of preventing Tsipras reaching his goal in August. Rather than enunciate its vision, the opposition party has invested virtually all its energy in highlighting the government’s failings, which are so regular and obvious that the conservatives often resort to exaggeration to try to attract voters’ attention.

Sadly, none of this helps address the key issues. For instance, the IMF sees the Greek economy growing by no more than 1 percent of GDP over the medium- to long-term. This is not enough to heal the economic and social scars in a country that has lost a quarter of its GDP in the previous years and where the unemployment rate still stands above 20 percent. In order for Greece to have a better growth trajectory, it will need to attract significant levels of investment in the future. Where will this money come from? What is needed to attract it? Which sectors will be able to attract most capital? These should be the questions dominating the political agenda in Greece. Instead, they are only discussed on the sidelines.

Furthermore, while Greece’s public finances will be in a relatively healthy state when the current programme ends, serious structural problems that existed in 2010 will not have been resolved. These include the tax system, which is still complex, subject to frequent change and far too onerous. The public administration also continues to be a burden, not so much in fiscal terms as staff numbers have been reduced and a spending review has identified savings, but because it acts as a brake on economic activity. Eight years on, bureaucracy is still a deterrent to entrepreneurship and performance evaluation of civil servants is still a work in progress.

The Greek judicial system is also still riddled with problems. It is a vital aspect of the way the country operates, feeding into so many aspects of economic, political and daily life, but continues to be dangerously neglected. Research carried out by MacroPolis as part of a report we recently published indicates that the average length of a trial in civil courts is estimated at 5–7 years, while in administrative courts it stands at a minimum of 7–8 years.

Greece cannot hope to move forward after its programme exit if such vital matters are not addressed. There can be no brave new future if the familiar failings of the past are left to linger.

The most significant question, therefore, is whether Greece’s decision-makers are capable of looking forward and then carrying the country in this direction. The signs are not encouraging if one looks at the content of the country’s political debate.

Apart from failing to focus on urgent issues, the quality of the discussion is also of great concern. With the help of their respective supporters in the media, who are threatening to become puppet masters rather than convenient allies, Greek parties have ramped up the rhetoric, scandal-mongering and sensationalism.

A glance at the newspapers hanging outside Greek kiosks on any given day brings back memories of the 1980s, when the political atmosphere was poisonous but with the sole purpose of scoring points and polarising voters. Beneath this surface tension little was being done to strengthen the country’s foundations, which was an afterthought in the political and media agenda. If what Greece has taken away from its recent crisis is that a return to the 1980s would be a good idea, then it really has not learnt much at all.

This year should provide Greece with a golden opportunity to set itself on a different course. Wasting this chance would be worse than anything that happened in the previous eight years.