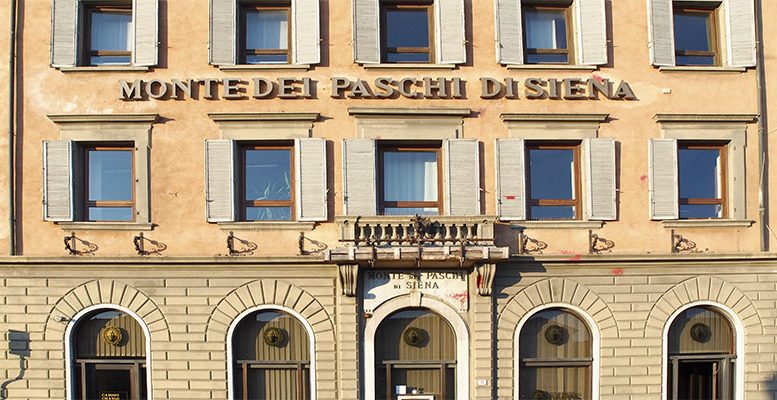 Silvia Merler | The year 2016 has not been good to Italian banks. While resilient to the first wave of financial crisis in 2008, due to their low exposure to US sub-prime products and to the fact that Italy did not have a pre-crisis housing bubble, they have been suffering much from the euro sovereign crisis and the ensuing deteriorating economic conditions.

Casting worries about the health of Italian banks is an unresolved and sizable (360bn) burden of Non-Performing Loans (NPLs), 14% of which is made of more serious bad debts. As the economic situation worsened, bad loans accumulated on banks’ balance sheet, making it increasingly difficult for them to lend to the private sector and support the economic recovery. Worries about the increasing bad loans are in part responsible for the mediocre profitability of Italian banks over the last years, together with longer-lived factors, such as structurally high costs and inefficiencies.

Despite awareness of these problems, the Italian banking system avoided the deeper monitoring and restructuring process undertaken in Spain and other countries that where subject to EU/IMF financial financial assistance program. However, market pressure has been intensifying in 2016, due to concerns about how the NPL issue will play out in the future, under the new regime of the Bank Recovery and Resolution Directive (BRRD). BRRD aims at reducing the cost of bank rescues for taxpayers, especially problematic for states – like Italy – that have high public debt. But to do so, it requires sizable bail-in of bondholders. In the case of Italy, retail investors hold a large share of banks bonds with limited awareness of the risk and limited portfolio diversification.

The recent months have therefore been dense with events, starting from several episode of bank resolution in 2015, which unveiled the problem of retail bank bond-holdings. These early episodes, occurring before the entry into force of BRRD, were characterize by attempts to limit if not avoid completely the bail-in of retail junior bondholders.

In early 2016, a guarantee scheme on NPL and a bank-financed backstop fund (Atlante) were set up. These initiatives have as a common denominator the worry for the unresolved issues in the Italian banking system, as the entry into force of the new regime made it difficult if not impossible to implement “creative” solutions aimed at protecting bondholders.

The creation of a guarantee scheme on non-performing loans (GACS) could be a positive step to clean up Italian banks balance sheets, but it is not going to be more difficult than when Ireland and Spain adopted similar solutions. The idea in the Italian case is to reduce the balance sheet impact of NPLs write-downs by having the bad loans sold to special purpose vehicles (SPV), which would issue bonds to fund the purchase. To make the bonds appealing and cheaper to issue, Italy will offer a state guarantee on them, in the hope that this helps limit the balance sheet impact.

The banks will need to pay a fee for the guarantee, for it not to qualify as state aid. The fee will be increasing over time and calculated based on the guaranteed amount, and the price of the guarantee will be computed taking as reference the prices of credit default swaps (CDS) for issuers with a “comparable level of risk” to the guaranteed bonds.

Before the GACS guarantee can be activated on the senior tranches of securitized NPLs, 50% of the less senior tranches need to be placed with private investors. The market appeal of riskier tranches is low, and the market price could be very different from the value at which the NPLs are accounted for on banks’ balance sheets, which would translate into impairments and consume capital. Under these conditions, the guarantee scheme for Italian NPLs runs the risk of being ineffective, unless Italian banks pool their funds together and buy a significant part of the junior products themselves.

This is among the tasks that should be performed by a recently established fund named Atlas. The fund was set up in April 2016, with the mission to buy junior tranches of securitized NPLs and to “ensure the success of capital raising” of banks that face market difficulties, acting as a subscriber of last resort. This fund is problematic from two points of view. First, the effect of Atlas on investors’ confidence in the Italian banking system is probably low: ideally, a backstop should be reassuring enough for it never to be used, but Atlas ended up subscribing almost entirely the capital raises it participated in. Second, Atlas can significantly increase systemic risk in the longer term, because of its structure. The fund is mostly financed by Italian banks and by acting as a shareholder of last resort for banks that are not able to raise capital on the market, it accumulates risk onto the balance sheets of a banking system that is already very interconnected, and that retains areas of weakness.

Last but certainly not least in the order of importance, this summer brought the day of reckoning with the long-lived weakness of Banca Monte dei Paschi di Siena (MPS). MPS with 5bn of subordinated debt, 65% of which was sold to retail clients, well represents the complexity of enacting BBRD-style resolution in the Italian context. At the time of writing, the bank is expected to raise capital from the private sector and start a deep process of NPL clean-up, but doubts remain on whether it will succeed in raising enough capital on the market. If not, the issue of bail-in will re-surface, with potentially big political implications.

The Italian situation offers several important lessons. First, it shows that procrastinating the reform of the banking system is costly. While initially Italian banks were resilient, resilience soon turned into complacency and this complacency explains today’s situation and the increased complexity of the Italian solution compared to previous cases.
A second lesson concerns the approach to the new regime of bank recovery and resolution. While the date for entry into force of BRRD bail-in had long been known, Italy was not entirely prepared for it. After BRRD-bail-in entered into force in January 2016, making it impossible to envisage a public-only solution to banks’ problems, the Italian approach seems to be to avoid resolution as much as possible. The Atlas fund was set up to act as a shareholder of last resort and ensure that even banks that fail to raise capital are not resolved, yet this cannot be a long-term solution (as the MPS example clearly shows).
More generally, regardless of whether one thinks that keeping weak banks alive at all costs is a good idea, it is beyond doubts that the aim of EU-wide rules on bank recovery and resolution is to provide certainty on how banking problems will be dealt with. The single supervisory mechanism has so far worked well, despite occasional misjudgments, being effective, demanding and broadly fair. But it needs effective resolution practices to complement it. For now, the Italian approach to bank resolution has been an ad hoc one, which achieves appears at odds with the aim of making progress towards a solid European Banking Union.