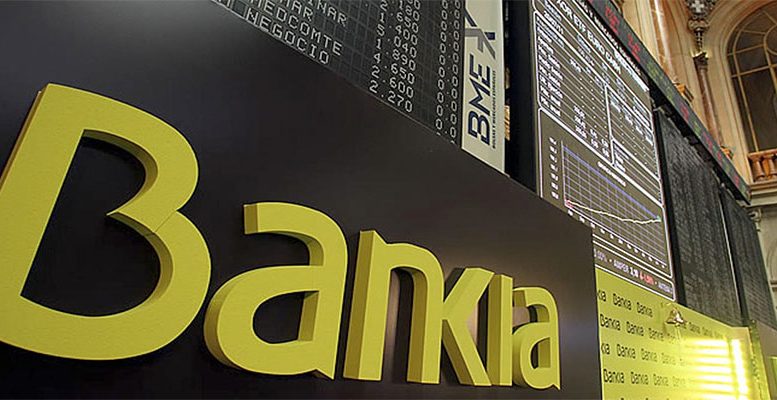 It’s undeniable that the latest information which has come out about the Bankia case reveals new areas of responsability. And in the front-line is the worst governor in the Bank of Spain’s history. The correspondence which the head of the Bankia inspectors’ team José Antonio Casaus sent to his superiors is definitive.

On the one hand, he warned about the bank’s precarious situation.“The Bankia group’s capacity for generating recurrent income is not only weakened but is declining incredibly quickly with the passage of time,” one paragraph says. Then the inspector expressed doubts about the management team, led by Rodrigo Rato: “Its viability is questionable given the serious and increasing problems of profitability, liquidity and solvency. Corporate governance could be improved, while the management team is not coordinated and is discredited in the market.”

The Bank of Spain inspector came up with solutions: “The group could be taken over by another lender (if possible a foreign entity) with enough financial capacity to convince the market that it can cope with 120 billion euros of wholesale financing without any problem. This would make the group viable, which it is not today. This would be the definitive and optimum solution, because it means no-one would lose: neither the tax payer nor the creditors.” Furthermore, he outrightly dismissed an IPO for Bankia. “How is BFA going to meet its payments? By selling Bankia shares, of course. But at what price? Well, while we continue without a solution for the problem, the group will be worth less each day and Bankia’s shares as well.”

At the time, in April 2011, Casaus even put a figure on the cost for the taxpayer, “around 15 billion euros,” in the event there was “no change in control which would allow for a drastic reduction in financing costs (…) and personnel costs being snipped.” In the end, Bankia has cost the public purse 22.4 billion euros and those individual savers who subscribed to the IPO lost practically all their investment, although they later received compensation via a legal ruling.

But I disagree that Miguel Ángel Fernández Ordóñez, who was Bank Of Spain’s governor then, is the only one responsible for this mess. There was a government and an economy minister. And it’s physically impossible that this government and that minister were not in permanent contact with the BoS and the CNMV (Stock Market Regulator) about the massive problem with which they were faced. The description of inspector Casaus was no more than the final black and white version of what the powers-that-be already knew, or at least suspected. If it was Fernández who decided to run ahead and allow the IPO of Bankia’s corpse to take place, I don’t believe it. I think the pressure for it to go ahead came from a higher political echelon, although this obviously does not absolve the governor of responsability. He had the precise and detailed information.

The BoS’ independence is sacred and included in its statutes. It refers to certain aspects of its functions, which as we all know have been curtailed by the euro. The euro has not only amputated its monetary policy, but in the event of any financial problem the BofS has seriously diminished resources to handle it without the ECB and the European governments, which at the end of the day rule the EU. It’s true: the central banks in the region have had their resources taken away from them. But no alternative function has been created – a banking union – where the ECB is given sufficient power (another thing is to think this is perfectly feasible, which I don’t believe is the case).

In any event, the central bank and the Treasury have never been seen to act with their backs to each other, because public resources are not metaphysically separate. All this undeniable limitation of resources doesn’t diminish in any way the responsability of senior officials at the time. On the contrary, it is an additional problem resulting from their decision to hide the information and deceive public opinion and the rest of the EU. Who decided to take the action is not important. The institutional structure determines that they were all responsible.