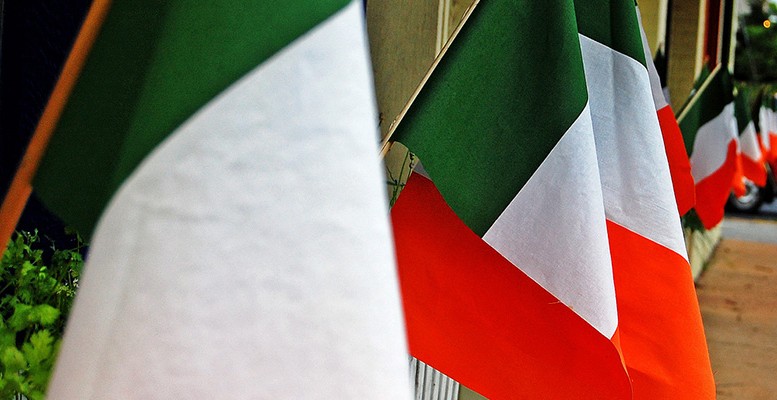 The blog RWER recently published a very interesting article about Ireland. It tells the tale of an economic miracle, which no-one has been able to figure out yet. And it raises doubts that can well apply in Spain’s case.

1) The increase in Irish nominal GDP in the third quarter was 12% year-on-year, according to national accounting data. That in itself is fantastic. But as the author says, there are five anomalies which don’t match up with this figure.

1) Total nominal year-on-year wage growth has been 5% (3% employment growth and 2% wage growth). This is terrific, but implies that profits have risen 22% which is hard to believe. And all this against a backdrop of a real contraction in growth of 0.8% in the third quarter.

2) All rather strange, but even more so if we consider that households and companies are still deleveraging, and bank credit is in negative territory, as we can see in the graph (and here there is a similarity with Spain). This does not fit in with the above, ie companies which are making massive profits.

On the other hand, Krugman has written an inspiring post about the possible perverse relationship between debt and the decline in Portugal’s population, which could call into question the theory of Optimal Monetary Areas. This theory predicts that when there is ample job mobility between two countries, their integration into a common currency is easier. If one country enters a recession and the other doesn’t, and if the jobless population in the first country can go and find work in the second, then it doesn’t need to devalue to re-establish full employment.

That’s all well and good, but what happens is that Mundell’s theory, like many others, did not take into account accumulated debt. All these theories begin to show the cracks when we talk about debt. As Krugman points out, the result of Portugal’s emigration is that it eases the unemployment problem. But it aggravates the debt burden as the  working-age population declines. This can cause a spiral of falling GDP and fiscal revenues as more and more people leave. And lately many people have left Portugal.

And we can see there has been a dramatic drop in the working-age population in Portugal since the crisis started. It is clear that the unemployment rate in Portugal is lower than in Spain thanks to this, as we can see in the following graph.

But it’s also clear that, in the last few years, since the crisis, Portugal’s jobless rate has been stable thanks to immigration….And this does not actually solve the debt problem because it is weighing even heavier on the population. And Portugal’s debt/GDP ratio was much higher than Spain’s before the crisis.

Yet another serious challenge for euro policy. Portugal was “bailed out” and obliged to comply with a severe austerity programme. This fuelled migration, which is definitely going to be the country’s flagstone.