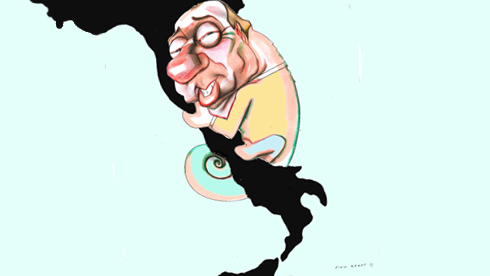 Posted By: The Corner 9th September 2013

After a dozen trials, many of which have gone through all three levels of Italian justice (primary trial, appeal, counter appeal), after making ad personam laws to have his crimes de-penalised, or using delaying tactics to have trials thrown out because the crimes alleged in them are time-barred, or facing guilty verdicts at one level and acquittals at another, former prime minister Silvio Berlusconi has finally received a definitive and unappealable criminal sentence at the highest level, for tax fraud.

Sentenced to four years in prison, he has benefited from a pardon aimed at emptying the country’s jails, which has reduced the sentence to one year—this despite the fact that, being over seventy, he will be allowed to serve his sentence at one of his various luxury homes. However, as an elected member of the senate, he enjoys immunity from arrest and cannot be forced into confinement until the senate approves his expulsion, a vote that could take place in September. He has now made it clear that if that vote goes against him he will bring the whole house down.