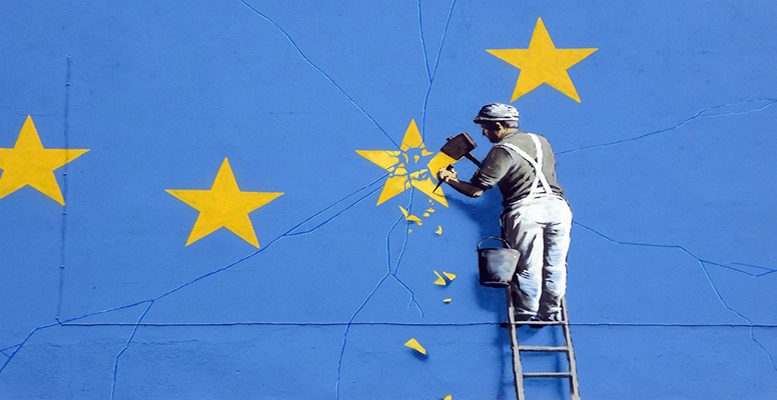 Rafael Gil Nievas | No, I am not going to talk about Micula or Achmea (but I promise I will do soon). Now, I just want to raise, in plain language, a possible Brexit collateral effect. Let’s give some background.

At the beginning of this century the severe Argentina economic crisis turned into the corralito where people could not withdraw money from the ATMs and bank accounts were frozen. Under those circumstances, a law declaring a public emergency was passed and it affected the adjustment and recalculation of public utilities’ rates. This was not acceptable from the perspective of Public International Law. In accordance with the awards of the International Center for Settlement of Investment Disputes (ICSID), the situation of necessity was not a valid defense here and the Argentina emergency measures were in violation of the principle of Fair and Equitable Treatment to the Foreign Direct Investment (FDI). The scope of what is a protected FDI has been built in a case by case basis by arbitrations awards applying the ICSID Convention, Bilateral Investment Treaties and, more recently, the Energy Charter Treaty. This scope has become broad and, for instance, arbitral awards have accepted that a shell company intentionally created in a foreign country just to have access to investment arbitration was a foreign investor and, therefore, under the FDI regime protection.

On January 1st, 1973 the UK acceded to the EC (UE). Since then, the freedoms of circulation of goods, services and capitals brought to the UK billions in FDI. For instance, a car maker could open a factory in the UK because the cars made were going to be easily exported to all the EU Member States and the factory could have easy access to all EU car-parts makers; a financial services company could set its European headquarters in the UK because its financial services were going to benefit of the EU financial passport, etc.

The UK has adopted the political decision to leave the EU and apparently (and unfortunately) there is no way back because “Brexit means Brexit” (Theresa May dixit). This will imply a tremendous legal and regulatory change in the UK, particularly with the cancellation of the aforementioned freedoms of circulation. As a consequence of this legal and regulatory revolution in the UK hundreds of foreign investors might face damages. For instance, Honda invested over $2 billion in a car factory but the company has just announced it has to shut it down due to the Brexit, many financial services corporations are moving their headquarters, etc.

And here is the issue. In circumstances of emergency and necessity, as a corralito, the ICSID tribunals said that Argentina was not allowed to modify the utility tariffs regime. What would the arbitral tribunals say now when a political decision, freely-taken in a moment of economic prosperity, dramatically modifies the legal and regulatory regime and generates damages to the foreign investors who legitimately believed that the UK was an stable and safe place for their investments?

If it has been accepted that, under some circumstances, a shell corporation incorporated abroad is enough to be under the scope of the FDI protection regime, should the UK corporations now restructure their investments in the UK channeling them through the most favorable place for an investment arbitration against the UK? They have until March 29 to do that…or until May 26?

Every single investment is different and there are not two identical investment arbitration cases. There are many factors that should be taken into account as the applicable treaty, the exact circumstances of the investment, the representations made by the host country, if it is a direct or an indirect investment, etc. Therefore the question is: Brexit means Brexit…but could Brexit also mean ICSID?

To have a broader view of the applicable treaties please check the links below:

List of states who have ratified the ICSID Convention:

List of Bilateral Investment Treaties ratified by the UK:

List of states who have ratified the Energy Charter Treaty: