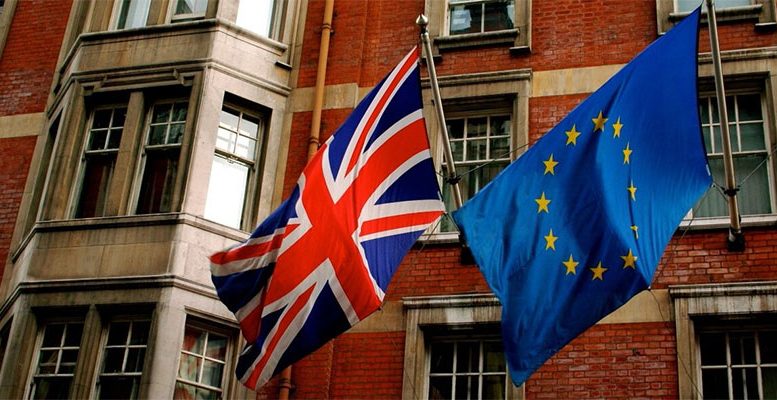 With Article 50 triggered, Britain may have difficulty preventing the emergence of a continental super-state on its doorstep.

Donald Tusk looked rather glum last week as he brandished the Article 50 notice that had been presented to him earlier that day by Her Majesty’s ambassador to the European Union. “So, here it is, six pages,” he said, with a look of disgust not unlike that you might find on a man who’d been presented with divorce paperwork after a long and mostly happy marriage.

He needn’t have looked so down in the mouth. While it was a tragic day for those whimsical souls who see the lie in the notion of Britain being a modern great power, recognizing its status as a medium-sized country that used to have an empire, this is not a sad day for Europe. On the contrary, and as we shall see, this day may well go down as the beginning of Europe as a global superpower.

The notion of a united, federal Europe of one form or another has been a dream of Europhiles since at least antiquity. One such fellow remarked: “It is to re-create the European Family, or as much of it as we can, and provide it with a structure under which it can dwell in peace, in safety and in freedom. We must build a kind of United States of Europe.”

Those words were not opined by some lily-livered EU technocrat. On the contrary, they reflect the views of Winston Churchill himself in 1946.

If building the United States of Europe is the goal then, how can it come about? There are many headwinds, not least of which are nationalistic sentiments that linger in each of the countries across the continent. Britain is not the only member of the European Union that cares about things like control and immigration.

The preferred solution to building the United States of Europe over the last 70 odd years is variously known as the “boiling the frog approach,” or in other parts “salami tactics: slice by slice.” What was first formalized in 1951 as a coal and steel trading union between France, Italy, West Germany and the Benelux countries grew in imperceptible steps over the next two-thirds of a century into a confederation of 28 countries that has its own parliament, its own flag, its own Supreme Court, its own institutions, its own president, for the most part its own currency and monetary policy, and insofar as trade is concerned, its own foreign policy, all having precedence over those of any member state. Soon it may have its own army. To be sure, those Brexiteers who grumble about loss of sovereignty have something to grumble about. Many of the institutional and cultural requirements to be considered an independent nation state are already in place.

In the view of this author, there is just one thing that the European Union has not created that it needs to in order to truly be considered the United States of Europe. It is the perception among all people that power lies with the confederated body, and not the constituent countries. For the citizens of Europe, that means a shift in identity to being European first, and then whatever nationality they are second. The shift I am talking about is not one of people’s preferences, but instead a recognition of empirical fact. Just as a citizen of South Carolina, perhaps grudgingly, will concede that the US president is more powerful than the governor of their state, Europeans need to understand that the balance of power lies with the bland looking technocrats in Brussels and Strasbourg, and that their local elected leaders must play to their tune. The fact that Donald Tusk, president of the European Council since 2014 and colloquially referred to as president of the European Union, does not even make an appearance on the 2016 Forbes list of the world’s 74 most powerful people speaks volumes to that perceived impotence. The question needs to be settled, in a public way: Where does the balance of power lie? Is it with the confederated body, or with the constituent states? If it lies with the confederated body, then that is de facto the United States of Europe, if only people are able to see that that is the case. Enter Brexit.

On March 29, 2017, Article 50 was invoked. We do not know exactly how things will play out, but roughly speaking there are two narratives for how the negotiations will unfold. The first is as follows: The European Union’s remaining 27 will recognize that there is no benefit in allowing Britain to have an easy exit. After all, if there is no deal at the end of two years, that is far worse for the UK than any other country, and with that simple observation goes all Britain’s negotiating leverage. When Donald Tusk remarked that his approach to Brexit would not be “punitive,” the old adage of “never believe anything until you’ve heard it denied” comes to mind, and his comment that “Brexit is punitive enough” is hardly reassuring to those wanting an easy exit. No details can be predicted with surety, but what does seem certain is that the remaining 27 will see to it that the circumstances the UK finds itself in post-Brexit are materially worse than the status quo. This narrative possets that, in due time, Britain will see the folly of its ways and seek to reenter in due time down the road, “Bre-entry” perhaps, or maybe not even leave at all.

The alternative narrative takes a different view as to where the balance of power lies. The more thoughtful type of Brexiteer argues that the European Union, for all its lofty ideals, is deeply flawed to its core, that it is a sandcastle that is waiting for a big wave to come along and wash it away. Perhaps it will be a Greek debt crisis, or perhaps it will be a refugee crisis, or perhaps the population getting fed up with Eurocrats jetting back and forth between Brussels and Strasbourg with first-class train tickets, but one way or the other the European project is about to collapse under the weight of its own institutional debt and unaccountability. They argue that out of the rubble Britain, having gotten a head start on preparing itself for independent adult life, will be well positioned to stand strong again in the new world order that follows. In short, Britain just jumped off a sinking ship, argues the Brexiteer, while not even being too coy about the fact that before making for the life raft they were highly complicit in seeking to sink the ship in the first place. It is impossible to predict which narrative will be closer to what eventuates, there being powerful forces lined up on both sides, both within and without the union. If the second narrative is what unfolds, then there will be no United States of Europe any time soon. However if the remaining 27 are able to stand strong in these troubled times, able to mend internal difficulties, able to rebuild trust in their institutions, able to stand strong in the face of Russian aggression and subversion, able to resist the wave of xenophobic populism the world is seeing, and able to make clear to everyone that Britain, the most independent-minded country in Europe, with its fine history of Empire and industry, is worse off on the outside than on the inside, that will settle the question of where the power lies once and for all, namely with the confederated body, and not the constituent nation state. And with that will be born, without a shot being fired, the fabled United States of Europe.

So cheer up Donald Tusk. You’re right that it was not a happy day, but be aware of the stakes of these negotiations, that nothing good ever came easy, and in dark times channel the spirit of Churchill in more ways than one.