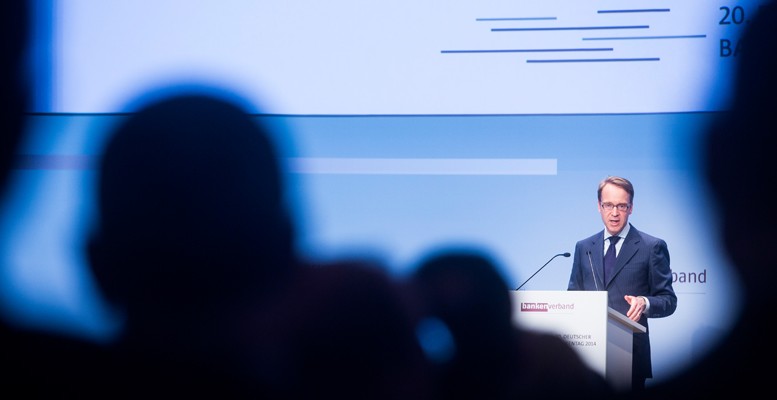 Germany’s central bank, Bundesbank, yesterday demanded an in-depth monitoring of the Greek government’s implementation of the adjustments and reforms agreed in the third bailout deal. In its monthly report, the Bundesbank said that ‘political support (in Athens) for the necessary reforms process remains uncertain,’ referring to the divisions in Syriza, Prime Minister Alexis Tsipras’ party.

In addition, the German central bank noted that in the previous two bailouts ‘insufficient progress’ was made in the direction outlined in the corresponding Memorandums of Understanding (MoU). That is why the Bundesbank suggests attention should be paid to a consistent application of conditionality. Furthermore, the Bundesbank considers that the Greek economy has worsened ‘significantly’ in recent months, especially since the imposition of capital controls. As a result, it is calling for far-reaching reforms so the country can be competitive and sustainable, as well as be able to stop the ‘new recessive development in Greece.’

Meanwhile, German Finance Minister Wolfgang Schaeuble continues to campaign at home in favour of a Greek bailout ahead of tomorrow’s vote in the German Parliament. The minister has declared he is confident the IMF will finally take part in the third bailout programme for Greece.

It is important to remember that the IMF has said on several occasions it will only participate in a new bailout for Greece if it considers that its debt is sustainable and it believes the Greek state is able to pay it back.

German government spokesman Steffen Seibert said yesterday the IMF will decide whether to take part or not once Greece’s government has ‘successfully’ closed the first part of the third bailout programme. By then, the government should have implemented a series of measures, which Seibert did not specify, but which are outlined in the new Memorandum of Understanding (MOU) signed by the Greek government and the country’s creditors.

On the other hand, Seibert said the German government values the fact there is no longer talk of a haircut of Greek debt “as happened for a while.” He said this measure ‘is not possible for legal reasons.’

As a result, and in line with what Chancellor Angela Merkel has been pointing out, Seibert highlighted that the only solution to ease the burden of  Greek debt is a restructuring: to extend repayment maturities and reduce agreed interest rates.