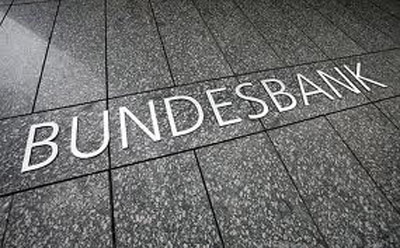 Posted By: The Corner 1st September 2012 By Tania Suárez, Madrid | Three resignations are likely to take place soon in the Bundesbank: Weber, Stark and now Weidmann. Barclays experts say “the death rate in this institution seems unusually high.” The Bundesbank is impressive in its power and majesty, but analysists consider “their lack of ability to adapt to the circumstances” is going to lead to its disappearance.

Barclays team suggests that “the ECB’s adaptation contrasts with the lack of it in the Bund.”

Central bank’s president Mario Draghi seems “adaptable to whatever”, as demonstrated by the 180 degree turn between the interview he gave to French daily Le Monde and when he washed his hands about Spain and “criticized” the attitude of the Spanish government and its ministers, to the positions that has showed this week, announcing the non-standard measures need to purchase peripheral debt, and also openly criticized Germany. Barclays sources indicate that “something has changed in European politics” and the ECB is changing its orientation.

Thus, experts from Barclays believe that the fate of Weidmann can be cast. Given Merkel’s good poll results, pressure from the IMF and the U.S., and possibly China, they consider Weidmann, “the lesser evil” and therefore his resignation does not seem possible “bad news “.