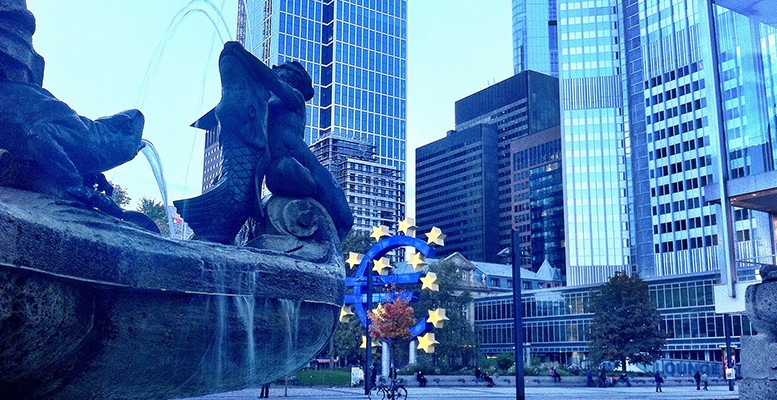 Fernando Barciela | The central bank has put QE in place, a trillion euros asset purchase programme, but inflation has returned to negative territory. Has the ECB’s strategy failed? Are critics right when they say it does too little, too late.

September inflation in the euro area was -0,1%, down from 0.1% in August, according to Eurostat. In Spain, the rate was -1,1%. This figure, far from the central bank’s target of just under 2 percent, is a very bad one, considering that a year earlier the rate was 0.4%. So, if deflation hasn’t already arrived, it is fast approaching and knocking on the eurozone’s door.

The bloc’s economy, including Germany, is slowing again. And, worst of all, the euro is very strong. Over the last three months, it has risen nearly 5% against the dollar to trade around $1.1441. That explains why German exports tumbled 5.2% in August

The situation is causing so much concern that even the ECB Council Members have changed their tune and now openly consider the possibility of additional action. ECB President Mario Draghi has been taking a positive view in the past weeks about the need for more stimulative action.

But it was ECB Governing Council member Ewald Nowotny, apparently a hawk, who took the lead. He said last week that new instruments are needed to boost growth and inflation, suggesting it may be beyond the ECB to achieve its goals using its existing tool kit. “We’re clearly missing our target,” Nowotny, who heads the Austrian central bank, said on Thursday. “The ECB is using the available monetary policy instruments, but in my view it’s quite obvious that additional sets of instruments are necessary.”

Even German Bundesbank president Jens Weidmann, a hawk (and not apparently), who has argued that the inflation target should be viewed over a longer period, would consider accepting further measures.

And all this because it’s obvious now that the monthly buying of 60 billion euros worth of assets — mainly government bonds – to boost inflation and growth hasn’t worked. This is due to the effects of Europe’s double dip recession, a slowdown in emerging markets and cheap oil. Analysts see that policy makers are becoming more concerned about the outlook for the euro area’s fragile recovery

The landscape has changed so quickly that even those who didn’t bet on the ECB taking action at its next meeting now acknowledge it is highly likely, and almost certain.

So now everybody is expecting that the ECB will announce the injection of further stimulus at its next monetary policy meetings on October 22 in Malta and December 3 in Frankfurt. In fact, analysts polled by Reuters see a 70 percent chance of this happening.