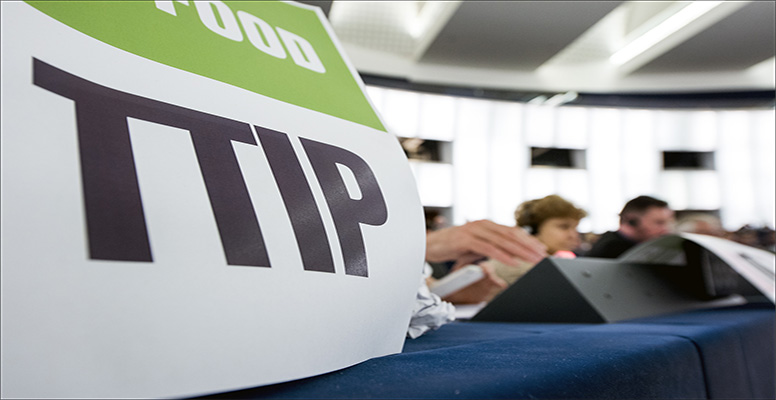 JOHN BRUTON | A crucial negotiating session will take place in Miami between October 19-23 on the terms of a possible US-European Union trade and investment pact.

An independent study by Copenhagen Economics has calculated that a Transatlantic Trade and Investment Pact (TTIP) would add 1.1% to Ireland’s GDP. This is twice the rate of gain that would be experienced by the European Union (EU) as a whole.

I spoke recently at a seminar organized by the European Ideas Network (EIN), which is a think tank associated with the parliamentary group of the European Peoples Party, the biggest party in the European Parliament. I said the TTIP would be good for Europe because:

1) It would reduce the cost of regulation by eliminating the necessity for duplicate standard setting and inspection regimes, the cost of which has to be met by the consumer without any compensating benefit.

2) The reductions in the cost of regulation would disproportionately help small and medium-sized businesses to break into the transatlantic market. The present duplicative system acts as a barrier to entry and helps bigger, well-established companies keep markets to themselves.

3) It would open the US Federal, State and local governments market to European tenders, who are now discriminated against by “buy America” rules, which deliver poor value to US taxpayers.

4) It would help high tech start-up businesses on both sides of the Atlantic by creating a single market of almost 1 billion consumers.

5) It would help to keep Britain in the EU, in order for it to access this market. A failure to conclude the TTIP could, on the other hand, push the United Kingdom toward the exit, on the supposition that it might be able to negotiate better on its own.

6) It would give a confidence boost to the global economy at a time when the burden of debt precludes other forms of stimulus.

There is, unfortunately, quite a bit of opposition, particularly in Germany and Austria, to the conclusion of the TTIP. This seems to be linked to a general suspicion of globalization and a perception that it adds to inequality.

On the far side of the Atlantic, trade is not a big deal for Americans. Their concerns, according the Pew Research Center, remain international terrorism and building up their own economy—69% of Americans under 28 believe trade deals are good, compared to only 50% of over 65-year-olds.

Interestingly, 59% of Democrats favor concluding the TTIP, whereas only 45% of Republican voters do so. This is in opposition to the traditional position of the US Congress, where Republican Congress members generally favor free trade and Democrats often do not.

US public opinion will be less willing to accept European standards until the trust, damaged by the Volkswagen and LIBOR scandals, is repaired.

So, the negotiations will be intensely political.