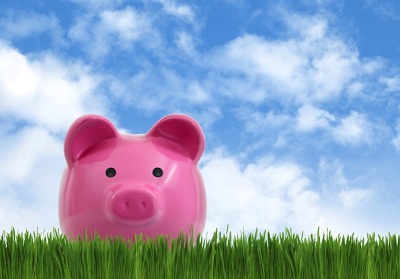 LONDON | Lloyds TSB, the 40pc taxpayer-owned British bank, wondered how much savings UK families have and how this compare to Germany and China. Its researchers came up with some answers: the British household savings ratio (saving proportion of a consumer’s disposable income) has seen a steep downward trend over the past decade, in contrast with the other two countries.

The results from Lloyds new survey were set alongside numbers from a range of sources, including the UN Population Division, Bank of England, World Bank and Oxford Economics. All pointed out that during the recession the figure fell to 7%, although it is forecast to remain broadly flat in the near future. The savings ratio in Germany has been much more consistent in recent years, at around 10%.

The Chinese savings ratio (in big urban locations), which was already far higher than that of the UK or Germany at the start of the millennium, has on the contrary soared in recent years. It has increased from 27% in 2001 to an staggering 47% in 2011, although this figure reflects the lack of the social safety net leading to a higher precautionary stress to save than in the European Union.

Lloyds TSB explains that the data shows that China’s high savings ratio is matched by a very widespread prevalence of saving, with only 3% Chinese adults having no form of savings, investments or pensions wealth at all. This means that UK adults are almost four times more likely to be ‘flat broke’ than Chinese adults, with one in nine (11%) UK adults owning no form of saving for the future whatsoever.

But while most Brits (62%) and the great majority of Chinese (82%) say that they have switched between different financial services providers to get better rates, the majority (54%) of German households have never switched provider to get a better rate.

* For more details on the UK savings market, click here.

Be the first to comment on "Crisis hit UK families’ savings rate harder than in Germany, China"