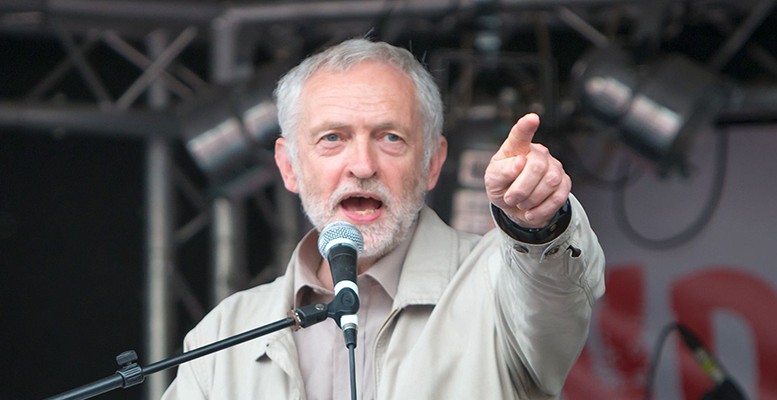 After barely making it on to the ballot paper, Jeremy Corbyn beats even Tony Blair’s 1994 record and gathers 59.5% support for leadership. Anti-establishment parties have been sprouting in Europe but the fairly unique aspect of Corbyn’s success is his rise within an old and established party. Much is made of his (self-proclaimed) socialism. Yet, it is more likely that Corbyn gathered support not because he is a socialist but in spite of being one. Getting elected as a leader was the easy bit; leading will be the truly tricky part unless Corbyn proves to be a political virtuoso – and the European left will be watching.

For his opponents, it seems easiest to attack Jeremy Corbyn for being a socialist as the majority of voters are clearly without the slightest leaning in that direction. However, if personality matters as much as politics that tactic is bound to fail to scare voters away from him. To my mind, Corbyn was not voted for his socialism but in spite of it – in times of personality politics his ideas seem as much part of him as his beard compared to what I call patch-work politics stitched together from focus-group material and political advisers.*

Given the earlier success of Tony Blair and another charismatic politician Bill Clinton it became received wisdom that no political career could possibly be successful without their kind of flashy charisma. Also here, Corbyn disproves so far the accepted wisdom: he is serious at rallies and often grumpy in the media but what he says fits him like his beard.

Compared to recent political stars in Europe Corbyn is the only outsider in an old party to challenge the party elite and be voted as a leader. The last outsider achieving was Margaret Thatcher elected as Tory leader in 1975. As Corbyn, she was not expected to last long. Famously, Thatcher and later Blair proved themselves to be eminent at capturing the nation’s mood. Briefly, Corbyn has done the same but a lasting success will only arise if he can use his popularity to create a Labour power base. The European left will be watching.

What matters is not left or right but the outsider-image

In times of slow growth and contraction, there has been no lack of new European parties of discontent and anger. The Italian Movimento Cinque Stelle, M5S rose on the fame of its leader Beppe Grillo, accountant and comedian, a year older than Corbyn. M5S has more or less imploded: Grillo was good at being angry in public but useless at organising a party machine.

The Greek Syriza, born on the old-style Greek left, shot to fame with its energetic leader Alexis Tsipras. Unable to fulfil his promises, he now fights an election and might be losing the surge that brought him to power in February. New political movements in Spain – the left Podemos, the activist “indignados” and Ciudadanos on the right – will no doubt influence the coming elections there. Again, unclear if these parties can turn popularity into power.

In the stable North long-simmering far-right anti-establishment sentiments have grown stronger in Finland, Sweden and Denmark. In Iceland, the Pirate party got 5% in the election in spring 2013, just enough to get into Parliament but has been scoring over 30% in polls since early this year.

Compared to once upon a time voters are now not only less wedded to one party but also travel back and forth between left and right. Considering the volatility of voters it seems to make more sense to see these new-comers as an expression of discontent with old parties rather than necessarily as a sign of swing to the left or right in the respective countries. It is more a question of who appeals strongest to the party-unfaithfuls and disillusioned at any given time.

This also seems to be the context for Corbyn – there is no indication that British voters are swinging to the left. After all, Ukip did well in last elections. Given the chance, voters turn against the political establishment and embrace something new.

The irony is that the new is now a 66 years old leftie backbencher, in Parliament since 1983, echoing the socialism of his youth, generally unknown to others than his Islington voters, whom he has served by mostly being in opposition to the Labour party leadership at any given time.

The singular aspect of the Western crisis that surfaced in 2007 was the fact that it was created by banks and their, for the society at large, unhealthy and anti-social activities in the years up to 2007.

Strangely enough, Labour let itself be ensnared by the opposition’s narrative during the 2015 spring elections that it had mismanaged the economy during its years in power, 1997 to 2010. Fettered by this narrative Labour kept quiet about the fact that Labour and the Tories, united in its admiration for an apparently booming finance industry, shared the laissez-faire view of scaled-back regulation. During the boom, neither party worried about weak regulators and underfunded and little-loved Serious Fraud Office and Inland Revenue.

The underlying public anger surfaced in the Occupy movements and grass-root activities, largely ignored by the old and established parties both in Britain and elsewhere. In the 2010 elections Liberal democrats rose on the 2008 anger but were unable to turn that surge of popularity into lasting power.

Yet, political elites might well have found a convincing response to 2008. Politicians on the right could argue for the capitalism of creation. It is not necessarily in the capitalistic spirit to let a sector, that in theory should be serving and nurturing the economy, tie up so much capital in its own money spinning activities that went so disastrously wrong, causing calamity for the rest of society.

More surprisingly, European established left parties have mostly not responded to the crisis in any meaningful way and Labour is one of them. No leading Labour politicians seems i.a. interested in a coherent investigation of the UK banks’ activities before and after 2007. One reason why I notice the underlying anger it that hardly a week goes by without hearing someone mention the Icelandic example of investigating financial fraud related to the 2008 collapse.

This silent space has been Corbyn’s to occupy, rhetorically asking if teachers, nurses etc. caused the financial crisis and weaving into it his anti-austerity stance. Quite remarkably, seven years on from 2008 and with the economy growing again, this old anger and frustration is still a fertile ground as Corbyn has now discovered and demonstrated.

From a private election machine to a party machine

According to Corbyn, he had an army of sixteen thousand volunteers working for him. Quite something in an era of shrinking membership in established political parties. It is difficult to believe that this machine was put together in only three months – more likely, supportive trade unions provided him with all it took to build a smooth-running operation.

If Corbyn the Labour leader translates his success into convincing policies backed by the Labour party he and his party will unavoidably become a leading light on the European left as New Labour once was. However, his challenges are formidable. He must i.a. enthuse the Labour party machine as he did with his own private election machine.

Corbyn must also grapple with anchoring his messages into policies that gather support within in the party. A received wisdom in politics is that no one goes anywhere without a supportive media. Given that Corbyn uses every opportunity to kick the media, possibly perceiving it as part of the establishment and to strengthen his outsider-image, it will be interesting to see how he fares versus the media: if he will change course and court it or if he continues his adversarial angry attitude.

When new Labour rose to power in 1997 they did not only lead Britain but set the tone for the whole of the European left. New Labour is no longer new but old and stale and the top-trend post has been empty for a while. The most recent contender was Syriza. With popularity and power Tsipris shot to fame among the European left who flocked to Greece to meet Syriza’s leading lights. I.a. Italian prime minister Matteo Renzi avidly courted Tsipras but, as others, quickly seemed to realise there was little to fetch.

The European left, lately poor of success stories, will be following Corbyn closely though his anti-EU stance will make some Europeans wary. As seen in many European countries over the last few years, anger and frustration may gather popularity; but unless sustained by action and comprehensive policies it has little staying power and wanders on to the next eye-catching political promise-bidder.

*See the author’s earlier blog on Corbyn and patch-work politicians.

This blog is cross-posted with A Fistful of Euros.