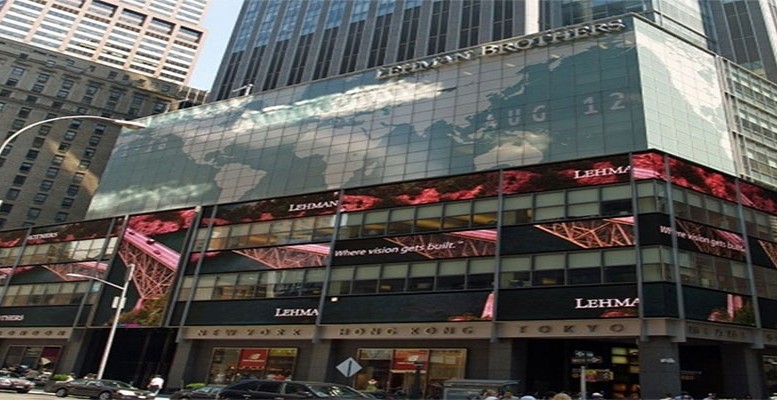 In September 2008, the terrible impact of the so-called subprime mortgage crisis had already hit the markets. Banks were not lending to each other, causing a severe credit crunch, while central banks had injected liquidity on a large scale for the first time.

But the fall of Lehman Brothers will likely appear in the history books as the Big Recession’s starting point. Unlike U.S. investment bank Bear Stearns or the UK’s Northern Rock, Lehman’s was not nationalised, which could have made a difference. Analysts agree, however, that the crisis had already been triggered.

“Lehman’s bankruptcy was very significant because it was followed by the collapse of other entities. It was also a point of reference,” explains Ángel Pérez, analyst at Renta 4.  Pictures of the firm’s employees taking their belongings out of the Wall Street headquarters were circulated around the world.

“the global financial system was already damaged and the fall was a forgone conclusion. A scapegoat was needed and Lehman had a bad reputation, having tried to place its overdraft facilities within the system. Furthermore, the disagreements with the monetary authority were well known.”

One of the lessons from that bankruptcy was understanding that “too big to fail” banks were a risk for the global economy. Currently there are 30 entities included in this category, the Office of Financial Research (OFR), an independent body of the U.S. Treasury, recently reported. The objective was to provide these with tailor-made regulation aimed at reducing their size and complexity and avoiding future disasters.  To what extent has that been achieved?

“Banks have contracted a significant part of their operating system. After financial bail-ins, the banking system can do its work, giving credit and so on. They are working normally again. Furthermore, they reduced their investment operations. For example, leveraged products have almost disappeared,” affirms Pérez-España.

On the other hand, Renta 4 says “the banks’ capital stock has not increased, but assets on their balance sheets have. Capital requirements from regulators are stronger than ever. We have seen a consolidation process in the financial sector: now we find a bank where previously there were 10 savings banks.”
After Lehman Brothers, there were several extreme situations during the crisis which were comparable to that.

“Financial rescues in some European countries, mainly Greece. Also the moment when Spanish bond yields reached 7%. They were all turning points in the crisis.”

The Chinese market’s current deceleration is yet another phase. Fears are increasing over a dramatic slowdown of the economy that has dominated the world for the last eight years – China grew by 8.6% annually and generated half of global production. Despite all that, it would seemingly have nothing to do with Lehman Brothers’ collapse. Investors behave more cautiously, but they don’t stop their activity. For example, foreign investment in Spain reached 48%.

“Investors could decide to invest in their home markets, or even not to invest at all, but they continue. It’s true that stock markets have fallen, but not significantly for the time being. I think it is a good opportunity to bet on equities,” says Ángel Pérez.