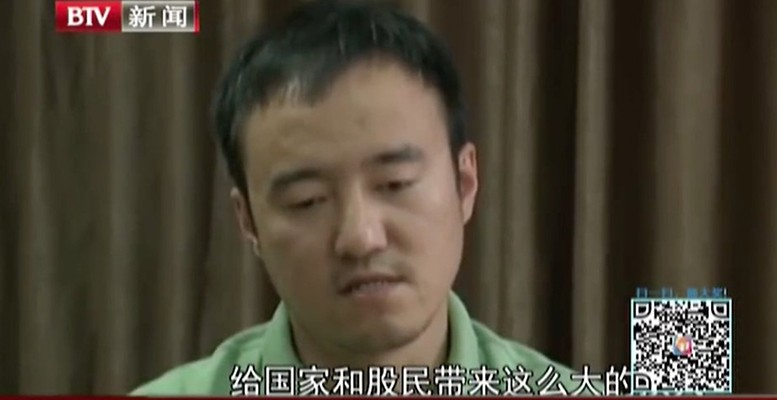 Since the Chinese stock market was routed in mid-June, every step taken by the authorities to prop up share prices has come under intense scrutiny by the global financial community. Admiration for China’s spectacular economic achievement little by little gives way to confusion and dismay. Crowning the ill-advised efforts to contain the bear run is the arrest of a business journalist for causing panic in the market. The scapegoating squandered good will toward China’s financial authorities in managing a dynamic, nascent capital market.

Business journalists naturally seek a forward-looking angle in their reporting because investors want to know “what next” – the factors that will influence the direction of the market. Wang Xiaolu, a veteran business reporter at Caijing magazine, wrote a cover story in July about a meeting of stock market regulators and representatives of brokerage firms to discuss the winding down of state support of share prices. The regulatory agency called the reporting “irresponsible,” without denying that such a meeting took place. In the following weeks, the market went through unprecedented turbulence and the authorities embarked on a witch hunt for “malicious short-sellers.” Wang was led away by police and later confessed on CCTV that he gathered information privately and used his judgment to write the article. He begged for forgiveness for publishing the story at a sensitive time that triggered market chaos and brought huge losses to investors.

Public confessions of journalists on TV are not a rare scene for Chinese audiences in recent years. Last year, a young reporter at a tabloid in Guangzhou publicly admitted taking bribes. That was followed by Shen Hao, publisher of the 21st Century Business Herald, confessing to various nefarious corrupt practices, and Gao Yu, a woman journalist detained on charges of revealing state secrets, showing onscreen contrition.

Business journalism has been under fewer restrictions than other fields of mainstream reporting, as the authorities seemed enlightened enough to understand that good information is essential for the market to function and for the economy to grow. The rise of market-oriented business media sparked hopes for a new type of fact-based professional journalism. It attracted talented journalists who share the belief that the public has a right to know and transparency is the foundation for accountability in a rules-based society. While business journalism concerns itself primarily with reporting on the economy and financial markets, at some point it crosses over to sensitive areas. Probing graft, murky privatization and entrepreneurs linked to top leaders are minefields, but idealistic business journalists have vigorously pushed the envelope. Hard-hitting investigative reports at Caijing, under editor Hu Shuli, who later brought the tradition to Caixin, are stellar examples.

At the other end of the spectrum, corruption in the ranks of business journalists undermines public trust. Blurring the line between advertising and reporting is commonplace. Reporters sometimes become the hired hands of companies seeking to smear the reputations of their rivals. But Wang Xiaolu is evidently not of this type. His transgression is not about the factual nature of his reporting, but the method of gathering information without official clearance and the timing of publication. Henceforth, almost any policy-related reporting could run afoul of the authorities and face criminal charges. The chilling effect of this case is enormous.

Orderly functioning financial markets depend on the free flow of information. When this is lacking, uncertainty spreads anxiety and fear. Using state funds to prop up share prices, restricting selling by investment funds, devaluating the currency and imposing quasi capital controls are technical and arcane measures, but arresting a journalist is something everyone understands. It signals desperation. Shooting the messenger, the Chinese authorities end up shooting themselves in the foot.