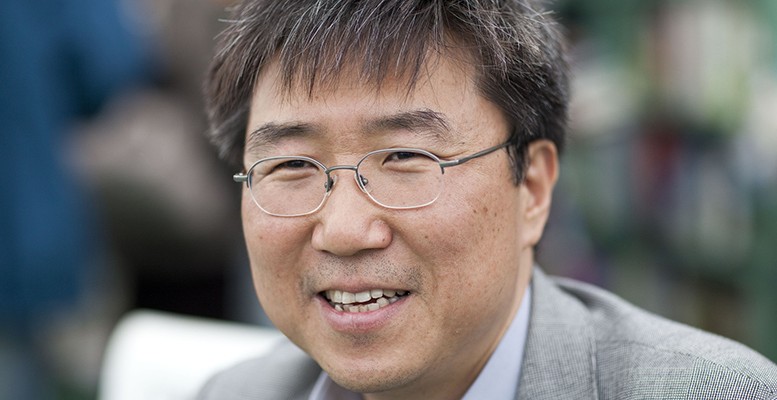 He is considered an heterodox economist, although he claims that orthodoxy, as well as prosperity or protectionism, are relative concepts. Author of the dollarization in Ecuador, Ha-Joon Chang (Seoul, 1963) is one of the 10 world more influential thinkers, according to Prospect magazine. Since 1986 he lives in the United Kingdom, where he earned a doctorate in Economics at Cambridge. He teaches Development Studies and is author of several bestsellers translated into 30 languages.

The world is growing but global growth has slowed, the last OECD report says. Recovery from the financial crisis remains weak. How should growth be encouraged?

The recovery has been very slow and at the end of 2014 most of the OECD economies’ level of growth was still below 2007 levels. Even the US recovery, which is supposed to have been the strongest, has been very weak. Now we are seeing the slowdown of economic growth in China. This means that the world economy is not really picking up in the way that it usually does after a big downturn, for example as happened in the 90s after the Asian financial crisis.

Would you agree with this secular stagnation theory?

I don’t think secular stagnation is inevitable. If policies do not change, however, I think it will happen because one thing fuelling this trend of so-called secular stagnation is high income inequality which reduces consumption. In absolute terms, rich people spend a lot more than poor people. But in proportional terms, they tend to spend less of their income. In rich countries, lots of poor people try to make up for the difference by borrowing and that has created all this financial fragility. Furthermore, in many of those countries the population is ageing, so unless you introduce social policies to help mothers work, make childcare affordable and so on, people will not have more children. We could accept more immigration, but that is politically difficult so…

One factor hampering growth is income inequality, which is at its highest since records began. Across the 34 OECD countries the bottom 40 percent of households possess 3 percent of all wealth. Another problem is the huge amounts of debt. How would you exit a debt crisis with even more debt?

What we need to reduce is not the absolute amount of debt but debt as a proportion of GDP. And the best way historically to achieve this has been to grow faster and also have mild inflation. We need to think differently because at the moment the orthodox thinking is to cut debt, but there is actually a more effective way which is to grow your income. The tricky thing is that when you are trying to increase growth in the short-term, you might have to run more debt or cancel some debt. Unless you do that, people cannot borrow to invest and generate growth. You need a kind of restructuring. It happens to companies: when they get into trouble they go to the bank and restructure their debt. Or if they are really in a bad situation and declare bankruptcy, then their debt is restructured. We have to think the same way for national economies.

Should we tackle debt as a global problem or should there be first and second class debtors, depending on who their creditors are (I am thinking about Japan where most of their debt is held by its nationals)?

It is not simply the debt to GDP ratio that matters. It also has to do with who owns the debt. For example Italy had a lot of problems with government debt in the 90s, but over the years they have restructured their debt. So even if their debt to GDP ratio is quite high, the form of repayment is over quite a long time and thus they don’t have an immediate crisis. In Japan’s case, Japanese financial institutions are not going to sell their debt overnight and create trouble for their own economy. You need to look at it case by case. We need to abandon this moralistic view on debt. The same people who think debt is bad by definition tell young people: ‘Oh, you should get a loan and have a credit card, and take money to go to university and get a degree because you will earn more money.’ Of course if national economies just borrow money and blow it on unnecessary consumption that is bad. But governments can borrow money to invest in infrastructure, education, R&D… You have to look at the way debt is used.

Talking about investment, Brazil just launched a massive $64 billion infrastructure investment plan over five years. Some critics believe this will have only relative importance in spurring growth. Which investments should be a priority?

Well it depends on the country. Some, like India, absolutely need to keep investment as a priority because they have never seriously invested and that has become an obstacle to growth: traffic gets congested, business slows… Brazil used to have quite good infrastructures by developing countries’ standards. But throughout the 80s and 90s, because of the debt crisis, it hasn’t really invested even to maintain these infrastructures. So yes, those are countries that need more infrastructure investment. That said, you also have countries where this is not absolutely essential and it could be a waste of money.