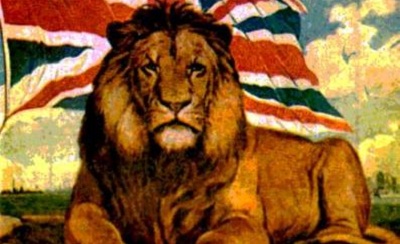 By Luis Arroyo, in Madrid | The United Kingdom learnt this week that in 2011 its economy grew by 0.4%, leaving the level of real GDP at 4.1% below the maximum point reached before the recession. The Bank of England, theoretically, has put in place successive programmes of monetary expansion, but what it has achieved is a rise in inflation up to 5%. Meanwhile, many blame budget cuts for the deficit of an economic weakness. Economist and Nobel-prize winner Paul Krugman would see in this failure the paradigm of how effective fiscal policy can be and the extent to which monetary policy results inane.

Britain is experiencing the worst recovery in its history, as shown in this graph on the Bondvigilantes blog: worse than the Great Depression’s. Which is worth studying, because there is a hidden factor that prevents the recovery to come out to the surface, even though this is a recovery running at a slow pace.

As I suspect it is something related to financials and deleveraging process, I pay a visit to McKinsey, where I find this other chart, which shows that indeed the UK remains the most indebted developed country side by side Japan: the British sum of gross liabilities of all sectors equals 500% of GDP, and it keeps piling. You see, it is impossible that there is any investment because everyone is trapped in a brutal deleveraging, which leads me to reiterate the importance of the level of debt/leverage to understand the depth of a crisis and its delay recovery. With inflation at 4-5%, fiscal consolidation and debt going wild in most sectors, one feels like saying to the UK: tough, isn’t it?

Be the first to comment on "Tough: Britain is experiencing the worst recovery in its history"