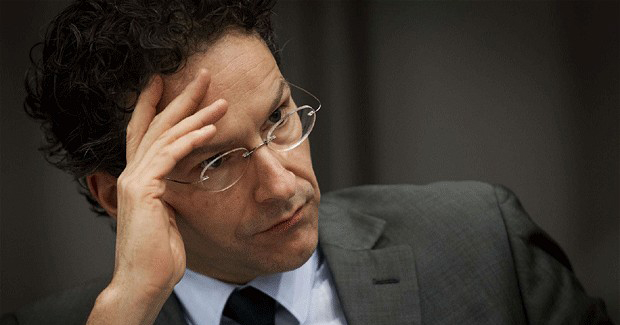 Posted By: The Corner 5th September 2014

Former Dutch Finance Minister seems to enjoy the challenge when going inside the Europarliament. He said that recent negotiations are going fine.

“Its an open procedure this year but there’s no vacancy at the moment,” so he will hold onto his job until next summer. “We’ll see who’s candidate by then,” he said.

If the process is not finished by June, Mr Dijsselbloem could have defeated Mr De Guindos. By this time, the Spanish government will be running an electoral race and, perhaps, the diplomacy efforts displayed by President Rajoy may have lost momentum.

“It’s not a coincidence that Mrs Merkel and Mr Schäuble both made trips to Spain  in the summer to meet meetings with the government,” he reckons.

There are pending issues about the chairman of the Euro finances ministers and Dijsselbloem is trying to hook public opinion with them.

“We should hold a discussion about the permanent Eurogroup Presidency and I’m open to it,” he said about this proposal, adding that he believed “we should spend less time talking about jobs and politicians.”

Belgium MEP of the Green Party Philippe Lamberts believes that “with a socialdemocrat like Dijsselbloem who wants a liberal or conservative”. He cast his doubts towards any change in communitarian policies and thinks that Germany will impose its austerity measures, no matter who leads the Eurogroup.

“What he have said to us [the eurolegislators] could have been said by de Guindos”, Mr Lamberts adds about Mr Dijsselbloem.

The reluctance of the Rutte Administration to lose its presence in the EU is affecting others. Drafts about Juncker Commission leaked in the last days also reveal that Netherlands is trying to get a important role for Frans Timmermans. Last Dutch Foreing Affairs Minister could be vicepresident whereas Spain’s Arias Cañete would become Commisioner of Research and Innovation, a secondary role.

It looks like Spain is losing the fight after all.

Be the first to comment on "Dijsselbloem hangs onto the Eurogroup Presidency: “I have a job”"