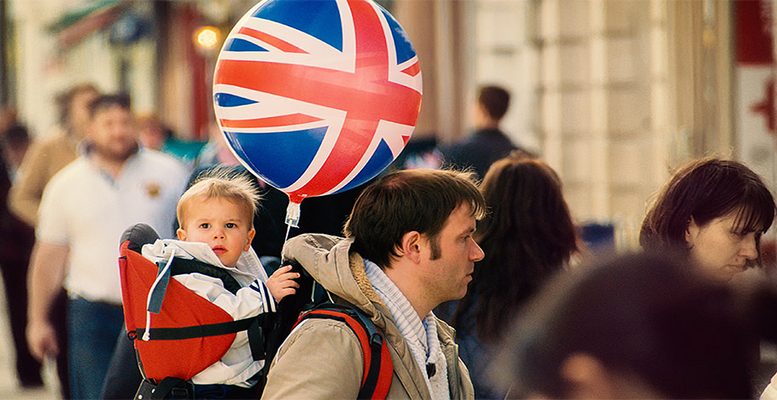 The anti-Brexit supporters continue to fire a battery of the most dire predictions, without there really being any reliable information or models on which to form such precise and one directional forecasts. Furthermore, they are shooting themselves in the foot because Brexit is irreversible.
Most of all because Brexit is a political fact, the consequences of which depend on there being a reasonable new political agreement which allows both sides to continue to trade within a new context. New horizons will be marked out which will influence investors’ decisions, although we don’t yet know what they will be.
So, those who lost, one of two things: they are using simplistic arguments of the Sioux Indian: “Me good white European; you stupid Englishman, me don’t want you because you don’t want me; I am going to crush you, you not going to sell your rifles in my hunting ground, that’s finished.”  Or if not that, then they are taking as read that there will be European reprisals resulting in an immediate contraction in British exports, which in turn will spark a similar response from the UK.  Then Brexit would definitely fuel a slowdown.
But that is very unlikely. The UK-Europe trade balance clearly favours the latter. A trade war would first and foremost benefit the UK.
Let’s focus on investment to try to work out what would happen: it’s possible that businessmen who sell part of their goods to Europe are uncertain about the final outcome. This would of course dampen and curb their investment ambitions for the next few years, and they would wait until the rules of the came were clearer. This decision to pull back on their investment plans would also affect future contracts, which in turn would dampen the consumption plans of those who saw that their jobs were at risk.
But exactly the same would have to happen on the continent: the uncertainty is the same for both sides. But as Krugman says, nobody is talking about an uptick in investment when the outlook is clearer, which is like a logic the anti-Brexiters don’t want to see. If we talk in the realms of conjecture, it’s not so ridiculous to think that when the uncertainty clears up investment will reappear.
I think there is not much more to be said from the point of view of the real economy. The Brexit effect is a shock in itself for the real economy which doesn’t have to cause a permanent situation of more uncertainty. Permanent shocks are usually the result of financial crises, actually like 2008.
And there, yes, the prospects which have been fluttering around since the crisis are not encouraging. I am referring to the weakness of the financial system, where black holes keep appearing recurrently, like the 340 billion euros of doubtful loans in Italy’s banking sector. This has been the latest one to emerge, but it will not be the only one, neither in Europe nor elsewhere in the world.
On the financial front, unpleasant things could indeed happen, and financial statements are so entangled that there is a big risk of contagion.
We are living with a scenario of fragile confidence – hence low interest rates – which breaks down at the first opportunity. In this scenario, any event can cause a sistemic risk across the world. Many banking systems have not overcome their problems since the crisis, amongst other things because there is no growth.
For this reason, the stock markets recovery following their sharp drop the day after the UK referendum, doesn’t tell me anything, neither good nor bad. Well of course it’s better than if they had continued to fall. But in my view the markets only reflect sentiment from one day to the next, the mood of the speculator, whose job is not to interpret the health of listed companies, but to interpret when the market is going to rise or fall in the next few minutes. If you have read anything about chartism, you will see that it talks about trying to deduce trends from curves, from the apparent shapes they form, not from a company’s accounts. It’s not critical. They make a bet with their own money. But expectations for the real economy cannot be extracted from their decisions. What does concern me is the general downward trend in fixed income yields, including in the UK.  And the bad thing is that the risk southern European countries’ risk premium is increasing; but not that of the UK.
*Image: Flickr/ Tomek Nacho