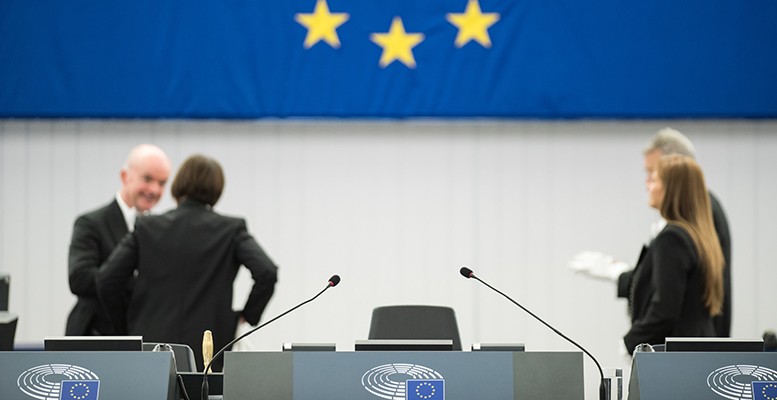 France’s proposal to move forward with eurozone fiscal and political integration, with a single government for the area, one budget…is still at at a very early stage. As German experts point out, the reality is that none of the 19 parliaments involved are currently considering giving up any more sovereignity.

In the last few months, respected figures have reminded us that monetary union needs to establish, at the very least, a “common funding pot” and appoint a European authority to manage it.

These are steps towards political union and require a review of the Treaties. President Hollande and his minister Macron have been very explicit, as has French Commissioner Moscovici in his enthusiastic postulating about the need for a single economic government for the eurozone.

The Spanish government has also proposed significant advances in fiscal and political matters for the period 2017-2019 in a document dated May 27. But it wisely puts off full European Monetary Union until some vague point in the future “beyond 2020.”

Reflections on the Greek crisis have also provided Germany’s Committee of Experts with an opportunity to give their opinion about how EMU is progressing. They exclude agreements which could be qualified as “precipitative integration steps,” reminding us that a eurozone economic government would be legitimised by national transfers under its governance.

But so much interest in such a short time in the institutional progress of the EMU serves to jog our memory – has something happened obliging us to speed up the EMU process? (as far as we know, nothing). Is there some sort of agreed pressure to skip stages (no, not this either). The fact is that in the midst of the crisis, Europe has implemented some important functional improvements in its governance.

The EMU is not frozen in time. It would seem sensible to put as much effort as possible into ensuring that the formulas and procedures implemented function correctly, allowing for real coordination of national policies.

Allowing time for this to happen is pure pragmatism. An efficient organic framework can be constructed on this basis. Today, any more politically ambitious steps are “distant horizons.”

A common funding pot, right at the end

Political union is one of the last ambitions which figure in monetary union. One currency, one country. I don’t believe there are voices authorised to talk about this. But everyone is aware of the difficulties involved in an initiative like this, which pre-supposes that the “euro area treasury” does not deserve more than one line on the last page.

Two general comments about this. The first is that giving a sustainable political structure to a strong economic association, under the framework of a supranational democracy, is not founded on any theoretical models or historical precedents. The extent of a political union can be very different: from minimal structures to full economic federalism. It can also be based on laws or by choosing wide margins of discretion; it can be formed by indirect legitimisation of leaders or by some kind of direct legitimisation. It is even possible to combine different options.

The second point concerns the German refusal to consider ways of creating a political union which can perform critical tasks within the eurozone, such as a “common treasury” under the control of some supranational institution, or the issuing of eurobonds.

Considering that the potential contingencies would be  supported to a very large extent by Germany’s public resources, you have to wonder whether the country’s refusal is just a question of economics or is aimed at putting the current integration process on hold.

But how can a goverment explain to their taxpayers they are obliged, under an agreement, to transfer money to other member states or secure other countries’ future debt, while not participating in the internal political processes which generate that debt? This kind of task is exactly what member states in our imperfect monetary union could hand over to a common democratic institution to which each country gives some degree of sovereignity. The idea is very simple but an institution like this is very difficult to picture today.

Realism has been the leitmotif of Europe’s evolution. Europeans need time to understand and feel solidarity with their own projects.