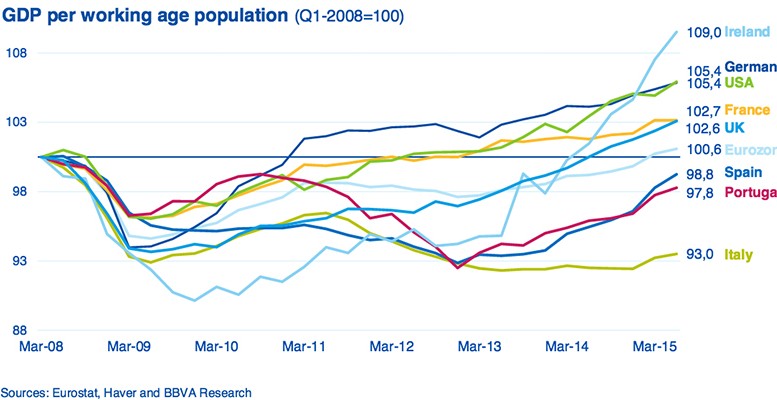 BBVA Research | The current economic recovery in Europe is atypical and fragile. World growth will not surpass the pre – crisis level because of the uncertain scenario among the emerging economies … And yet, after the Great Recession, we are where we would have hoped to be (more or less) back then.

Domestic demand is strengthening  … which is lifting disposable income and feeding towards higher consumption.

The external environment is more negative , except for the boost from the oil price slide; Sharp depreciation of the euro since mid – 2014 helped to mitigate the fall of World trade in the first half of 2015; Global trade might be recovering in Q3.

About the ECB, the isntitution remains firm on full implementation of QE and its willingness and ability to act if needed.

What about the evolution GDP per working age population?