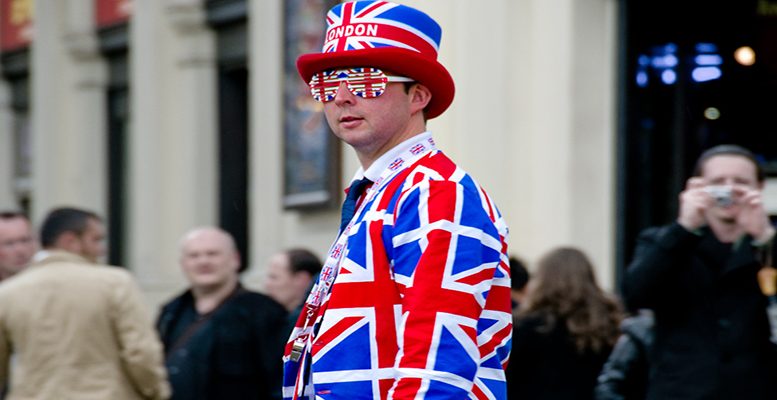 Chandra Roy | Back in June 2016, the Brexit referendum vote delivered a momentous verdict that defied all media speculation, procrastinators and polls delivering the unexpected result of a marginal majority to leave the European Union. But what exactly was under contention?

The vast majority of Brexiteers centred their assault on two main issues: immigration and sovereignty. Popular sentiment was in actual fact, unequivocally aimed at East European immigration above all, and a vote was urged by propogandists as a means of putting an end to the numbers of incoming Poles, Romanians and Bulgarians who were taking up lower paid employment, taking full, free advantage of the National Health Service and more controversially, lawfully claiming state benefits, in part, for recipients based in their home countries.

But there was equally a resurgence against the financial contributions associated with membership of the EU, money which was considered as better spent at home, recalling the days of Prime Minister Margaret Thatcher’s famous battle against the EU guaranteeing permanent rebates, in 1984, and in particular, the loss of regulation and legal jurisdiction; UK tribunals are unquestionably considered the foremost legal authority for disputes within the realm of Europe’s financial markets, and globally, in the case of financial derivatives, with contractual confirmation of London as having sole jurisdiction in case of conflict on bilateral trades between counterparties.

To a lesser extent, commerce was bandied around like a carrot on a stick to entice the Remainers to succumb to the possibility of new, advantageous trade agreements and pacts with the rest of the world. Free trade on goods an services, which is what the UK still enjoys for a few more months, is not a bad thing but the grass always looks greener on the other side, until you leap over the fence, that is.

But the stickiest point of all, by miles or even kilometres, the issue that has defined every bit of the negotiation from the start, is the Good Friday agreement. This was architectural genius among its finest points in British politics, allowing the free movement of people between the two Irish states and essentially putting an end to the violent, bloody conflicts imposed by the now defunct terrorist group, the Irish Republican Army, as advocated by popular referendum results held on both sides of the border. In essence, it lies within the scope of what the EU stands for on migration and mobility between member countries, but the politics at the time were so brutal, it is difficult to appreciate the full scale of the achievement viewing it from today’s society, in retrospect, and this is the reason why the pact whose social and political implications that forged such a milestone, shines so brightly. With a little luck, hopefully, the next generation will be wondering what all the fuss was about.

Yet, however smoothly it may fit within the framework of the EU, once one of those member states is out of it, those difficulties make a return, as, in theory, free movement of individuals would have to come to an end. This defines the Irish backstop, the single most contentious issue of the entire process, which has sought to offer the solution.

For, if there was no physical border between the UK and the EU, it would just be a straightforward trade negotiation. But that is not the case, and here we are.

Both the UK and the EU have vigorously sought to maintain the harmony struck in the 1999 pact between the UK and Irish governments. The problem is that under the draft Irish backstop text, Northern Ireland would cede partial sovereignty to the EU, forced to submit to control and regulatory regimes from both Brussels and London, simultaneously. This catapults their concerns to the forefront of the rejection of Prime Ministers Theresa May’s draft agreement, universally so by all Unionists, and sharing common ground with one of the Brexit campaigners initial arguments about sovereignty.

And it becomes hopelessly worse, as the text legally binds any possible dispute about the end of this regime to the unilateral consent of the European Court of Justice, now that is very precarious. UK Attorney General Geoffrey Cox stressed the devastating importance of this fact in his consultations with the Government on the legal implications of the agreement, advising that “this is not something that any British Prime Minister can sign up to”, further expressing profound concern that ultimately, should the UK manage to somehow escape the backstop by some stretch of the imagination, Northern Ireland would be stuck within the Customs Union, eternally, forcing a break-up of the UK by placing a political, economic, and social barrier down the Irish sea. That is something that surely must, just plain and simply, be unacceptable for any Briton. The advice was published days ago, forced by a Westminster vote which held the Government in contempt for the first time in British history, for having withheld the text upon parliamentary petition.

So where exactly are we?

Little chance stands that the draft agreement will be voted in next 11 December, and understandably so when you look at that backstop clause for a second time, in disbelief. A change of leadership, or government, could follow (is there really enough time for the latter?) but would that make a difference given the stubborn refusal of the EU to adjust their stance on what the 27 remaining states approved at the endo of November?

It is a game of poker, and faced with a No Deal Brexit, would the EU fold their hand?

Or, would a change of leadership, or even the current one should Mrs May remarkably find herself eating turkey and sprouts at Downing Street, opt for the third route as offered this week by ECJ Advocate General Campos Sánchez-Bordoña, voicing his non-legally binding considerations about the feasibility of a unilateral reversal of the Brexit request, should Westminster vote accordingly within the two-year window.