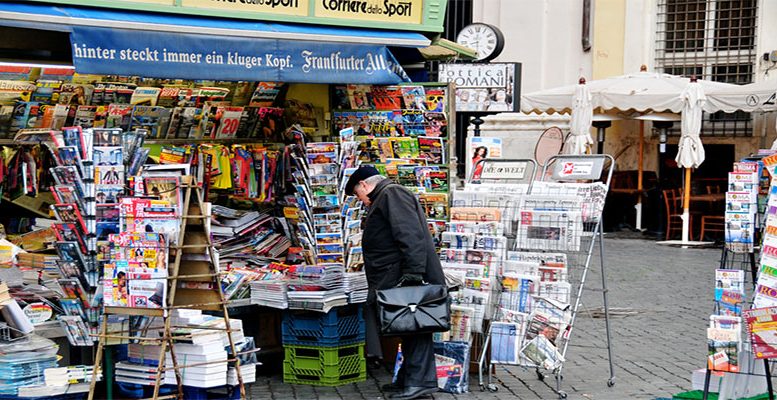 Nick Ottens via Atlantic Sentinel | If you want to understand what’s going on in continental European politics, don’t rely solely on American and British sources. English-language commentators routinely misread the mood and have a tendency to project their own doubts about the European Union on the people living in it.

Take, for example, all the attention for Geert Wilders in the Dutch election in March.

Readers of the Atlantic Sentinel will recall there was virtually no chance of his Freedom Party ending up in government, but the similarities with the American election (which were there) meant we saw story after story speculating that the “Dutch Donald Trump” might cause another polling surprise and lead the Netherlands out of the EU.

Or consider the present election in France. The average reader may be under the impression that Marine Le Pen is on the verge of winning the presidency and blowing up the EU altogether.

In a profile of Le Pen that is emblematic, CNN neglects to mention that not a single survey has put her even close to winning the crucial second voting round in May. It isn’t until the end of the article that the two-round system is even mentioned, yet the opening paragraph blares that Le Pen is “leading the polls”.

BuzzFeed discovered that Britain’s news media are absolutely fixated on Le Pen, publishing four and a half times more stories about her than Emmanuel Macron, the man who is likely to win the election.

The Euroskeptic Daily Express is the worst offender, publishing nearly two stories per day about the leader of the National Front.

Outlets like the Daily Express want the EU to fail, so they look for stories that confirm their bias. Le Pen’s “rise” fits the narrative.

No matter that Le Pen’s popularity has been stable for years. The only reason she could qualify for the runoff this year is that the rest of the political landscape has fragmented. That is the big story in French politics, but the average American or British reader can hardly be blamed for missing it. Their mass media are more interested in the sensational.

They may also be unaware that Le Pen has softened her position from taking France out of the EU to holding an in-out referendum. The reason? The vast majority of French voters don’t want to leave the EU.

Support for EU membership has actually gone up in France and other major countries since the British voted to leave last year.

British commentators have a hard time wrapping their heads around this.

Liam Fox, now a cabinet minister in charge of securing post-Brexit trade deals, predicted that the EU would “implode” after the referendum.

So did journalist Andrew Gilligan, who argued that Britain would have the “upper hand” in exit talks because the EU was “starting to crumble”.

Dominic Sandbrook, a commentator for the Daily Mail, has likened the EU to the Soviet Union: “they both represent a utopian attempt to erase the legacy of history and to impose continental uniformity in place of national diversity.”

The same comparison was made by President Donald Trump’s ambassador to Brussels, Ted Malloch, who said he looked forward to “taming” the EU in much the same way the United States defeated the communists.

So where do you get the real story?

You already know the Atlantic Sentinel. We started this website seven years ago precisely to inform American readers about politics in Europe (and vice versa). That remains our mission.

But you don’t want to rely on a single source. We have our own biases and language barriers.

Top quality are the Europe sections of the Financial Times and The Economist. Both are liberal and fairly mainstream in their views. What sets them apart from most British media is that they have commentators and reporters across Europe.

Both require subscriptions, though. If you don’t want to pay, start with the European Politico (diverse views) and the Europe section of The Guardian (left-wing).

For in-depth coverage of EU policy, Euractiv is the ultimate source.

Le Monde diplomatique is the traditional source for English-language coverage of France. It’s a bit like the French New Yorker: more leftist than the country, but a good gauge of Parisian elite opinion. For the day to day, there is France24.

For expert analysis, you can also visit Bruegel, Carnegie Europe, the Center for European Reform and the World Economic Forum.