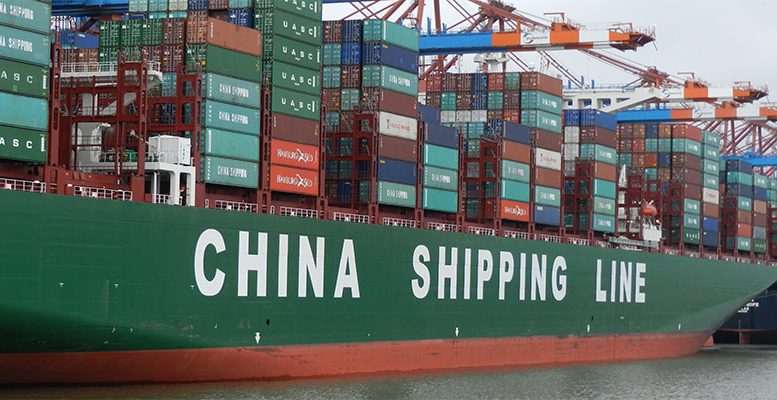 Richard N. Cooper via Caixin | Shortly after the U.S. presidential election, and well before the Jan. 20 inauguration, I speculated about the impact on China if then-President-elect Donald Trump translated his campaign slogans (and tweets) into policy. I made a threefold distinction: those that would harm China; those that might help Chinese objectives; and (far the largest category) those that would have no or little direct impact on China. Donald Trump has now been president for more than 80 days, so we can take stock of the decisions and actions that he and his administration have taken, and of areas where decisions and actions are still uncertain.

Of course, Trump’s first task was to appoint his senior officials, a large number in the American system, many of whom have to be confirmed by the Senate, the senior house of the U.S. Congress. This has been a historically slow process, with only two cabinet secretaries having been confirmed by Inauguration Day. By now, many have been selected and confirmed, but very few at lower levels, where most of the real business of government is done, even while key decisions are taken by superiors. This slow process has inhibited serious framing and vetting (for unwanted side effects) of new policies. Trump also froze new regulations and new hiring of most government employees.

His most controversial action was a temporary prohibition of citizens from seven majority-Muslim countries (Iran, Iraq, Libya, Somalia, Sudan, Syria and Yemen) from entering the United States. It created chaos at international airports. Its legality was immediately challenged and a federal judge stopped enforcement of the order, which had been carelessly drafted. A more careful order, dropping Iraq, was issued several weeks later; this was also stopped by judges pending a definitive decision on its merits by the courts, and could still go into effect after such a decision.

In the meantime, Trump indicated he would not submit the draft Trans-Pacific Partnership (TPP) for congressional approval. He also submitted a sketch budget for fiscal year 2018 (which begins on Oct. 1) to Congress. It called for a $50 billion increase in spending on defense and homeland security, compensated by sharp declines in expenditures on many other activities, including a 31 percent decline for environmental protection (including climate change) and a 28 percent decline in the budget for the State Department (the foreign ministry of the USA), which goes mainly for U.S. foreign aid and U.S. contributions to international organizations, such as United Nations peacekeeping and the U.N. commission on refugees. Many members of Congress were appalled, especially with the cuts, and the budget was pronounced “dead on arrival.” In the U.S., the Congress decides on all public spending; the president only makes proposals.

Subsequently, Trump strongly supported a House draft for repealing and replacing Obama’s program on health care for Americans, one of his campaign promises. It failed to garner enough support to pass, a major blow to its sponsors and to Trump’s ability to translate campaign slogans into action. Then he countermanded several Obama decisions that had limited future American use of fossil fuels, especially coal. But significantly, he has not withdrawn American support for the 2015 Paris agreement on climate change, as promised in his campaign, although possible withdraw is said to be still under consideration. Because of cheap shale gas, Trump’s actions are not likely to create many jobs in coal mining.

These first days in office have been sobering to Trump: He has discovered that as president of a company he owns, he had more control than he does as president of the United States, where neither judges nor legislators are subject to his orders. This represents the “checks and balances” of the U.S. Constitution, which prevents too much power concentration in any one place.

That still leaves many issues of the campaign unaddressed. The failure to repeal the Affordable Care Act (Obama’s health care policy) will greatly complicate Trump’s promises to reform and reduce corporate income taxes, where there is also a plan designed in the House of Representatives that is highly controversial, and which Trump has wisely not yet endorsed.

A major unaddressed topic concerns trade policy, which is of great interest to China, along with many other countries. Trump promised in the campaign to label China a “currency manipulator” in his first day in office. This did not happen, and his new Treasury secretary, Steven Mnuchin, said that issue will be addressed in a routine annual review by the Treasury Department and refused to speculate on the outcome of that review.

The Trump administration has so far taken no action against the North American Free Trade Agreement (NAFTA) — which has been in force since 1994 with Canada and Mexico — despite having denounced it, along with Mexico’s trade surplus with the United States, during his campaign. And he has taken no action against U.S. imports from China, despite having also denounced China’s trade surplus with the United States. Both Canada and Mexico wish that Trump would make his intentions for revisions of NAFTA clear, and start negotiating with them to reduce the uncertainty now hanging over North American trade and investment. Any dilution of NAFTA would presumably increase the competitiveness of Chinese goods in the US insofar as it would reduce competition from Mexico. And the administration has taken no position on the Trans-Atlantic Trade and Investment Partnership (TTIP), which was under negotiation with Europe under the Obama administration. In short, the future of U.S. trade policy is still up in the air.

To sum up: Trump’s attempts to carry out some of his campaign promises have largely failed so far; he has revised or reversed others, such as his position on NATO and the U.S.-Japan alliance (although insisting that partners contribute more to them); and he has so far taken no action on others. He is discovering that translating attractive campaign slogans into effective policy is very difficult — especially with the division of powers among the three branches of government that is enshrined in the U.S. constitution and prevails in practice.