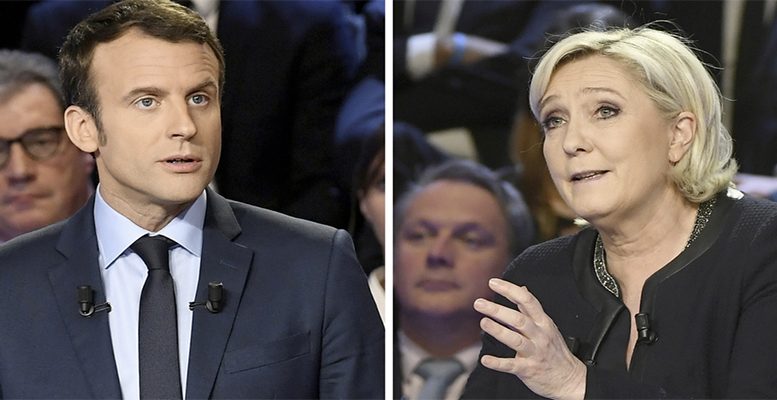 Jean-Luc Mélenchon has unexpectedly been gaining ground in the run-up to this Sunday’s French elections. So much so that some experts believe it’s possible the second round will consist of extreme right candidate Marine Le Pen versus Mélenchon.

But Fidelity’s Nick Peters still believes the most likely scenario is a second round face-off between Le Pen and centrist Emmanuel Macron.

“After Jean-Luc Mélenchon’s comeback in the polls, the markets are nervous about the risks presented by the French elections. But we still believe that the most probable outcome is a second round face-off between Marine Le Pen and Emmanuel Macron. In this case, Macron would be the likely winner, given that he has constantly maintained a big advantage over Le Pen in second round voting polls.”

This result would be positive for the markets, boosting the euro as well as narrowing the differential between French and German debt. Up to now, French government bonds have been most affected by the market’s nervousness. On the other hand, the French bourse (CAC 40) has responded to the improved economic outlook and, in fact, is up 10% in the year so far. That said, we could still see some upside in the European equity markets as they re-evaluate the perceived political risks.

While it’s not impossible that Mélenchon and Le Pen face-off in the second round, at the moment it’s unlikely. Despite his recent comeback, Mélenchon is still clearly running behind Macron and Le Pen. And his chances of getting through the first round are approximately the same as those of centre-right candidate François Fillon. Furthermore, if they were to gain power, both Mélenchon and Le Pen would face huge political and constitutional obstacles to putting their anti-European stance into practice. And although we would likely see high levels of volatility if either of those two were to win, this issue could limit a completely bearish trend. Regarding European equities Nick Peters comments:

I am still optimistic about European equities for the funds I manage, although I have tried to diversify exposures more generally during the last six months. In this respect, it’s worth highlighting the strengthening of positions in higher beta segments of the fixed income markets, like hybrid bonds, and in emerging markets debt in national currency. I have also increased my exposure to gold, as well as introduce a new long position in the Japanese yen, a currency which usually acts as a safe-haven.