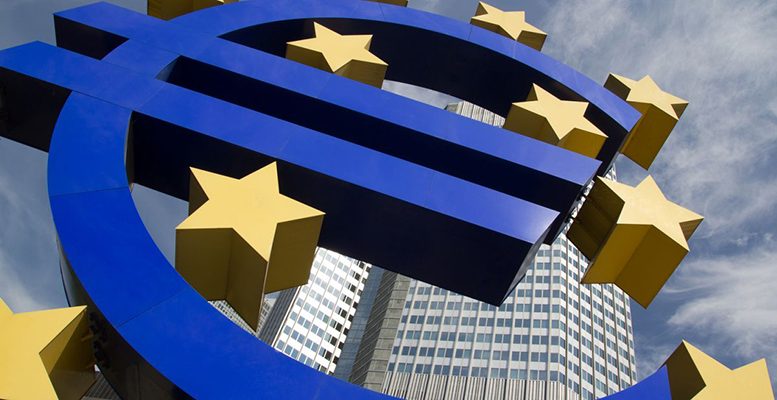 No change to the European Central Bank’s rate policy was discussed at its Governing Council meeting in July, despite the acknowledgement that the downside risks to the economic outlook for the euro area were now greater, mainly as a result of the UK’s decision to leave the European Union, according to minutes of the meeting published on Thursday.
“There was wide agreement that downside risks to the economic outlook for the euro area had increased, mainly owing to the outcome of the UK referendum. In this respect, available estimates of the impact on euro area growth over the coming years were noted, but it was also recognised that such estimates were subject to a great deal of uncertainty and that the situation called for caution in assessing future developments. At the same time, it was perceived that the reaction of financial markets in the euro area had been more contained than could have been expected, both in the initial responses and in the partial reversals that took place afterwards,” the minutes said.
So is it just that paragraph you are focusing on? Because in my opinion, the most significant item in the minutes was the repeated reference to the banking sector. And particularly with regard to the massive beating banking stocks are receiving in the markets…..
“For euro area banks, the UK leave vote came at a time when earnings expectations were already low. Since the previous monetary policy meeting of the Governing Council euro area bank equities had underperformed the overall stock market index by a wide margin. At the same time, the stock market index for NFCs had remained broadly unchanged compared with early June,” the minutes said.
“The overall cost of external financing for NFCs had declined slightly further since the Governing Council’s meeting on 1-2 June. At the same time, access to market-based funding had improved further overall, while bank lending remained important for the external financing of small and medium-sized enterprises. Bank lending rates to NFCs and households had declined further in May 2016, while retail deposit rates had stabilised at very low levels across euro area countries.”
And this was after the observation that there has been a clear improvement in bank financing to the private sector. But the ECB is showing that it is concerned about the correlation between the trend in the price of banking stocks and the trend in lending…
“Looking at bank equity and credit supply, a close correlation between lagged developments in bank stock prices and loans to NFCs could be observed. However, it was not clear to what extent this correlation reflected leading indicator properties of stock markets for GDP, which was a fundamental driver of lending,” the minutes said.
The latest bank survey confirmed that loan dynamics continued to improve, “reflecting both improving loan supply conditions and increased loan demand. However, euro area banks were confronted with a number of challenges hampering the ability to generate capital, with potential adverse effects on the supply of credit.”
At the end of the day, over and above the solvency issue, it’s about profits. Or the outlook for profits. Remember that the equity market, like any other financial market, lives off anticipating the future. And in this particular case, the future of the banking sector’s profits. And here negative deposit rates have a greater influence than expansionary monetary policy. A deterioration in the banks’ results’ outlook, as well as an outstanding adjustment to their balance sheets, overseen by strict regulation and supervision…

“In the light of the prevailing uncertainties, including with respect to the post-UK referendum environment for banks and to the upcoming publication of the results of the European Banking Authority (EBA) stress test, it was seen as essential to safeguard the smooth transmission of monetary policy through the banking system, which played a crucial role for the real economy in the euro area and was key to supporting the ongoing economic recovery. In this context, it was noted that the equity prices of euro area banks had fallen following the UK referendum. While this could, in part, be associated with the likely direct impact of the outcome of the referendum, it also reflected the continued underlying weakness in bank profitability, related, inter alia, to a more prolonged period of only moderate growth and low interest rates, as well as legacy issues stemming mainly from still high levels of non-performing exposures in some parts of the euro area banking system, which continued to weigh on banks’ balance sheets,” the minutes of the ECB Governing Council meeting recorded.