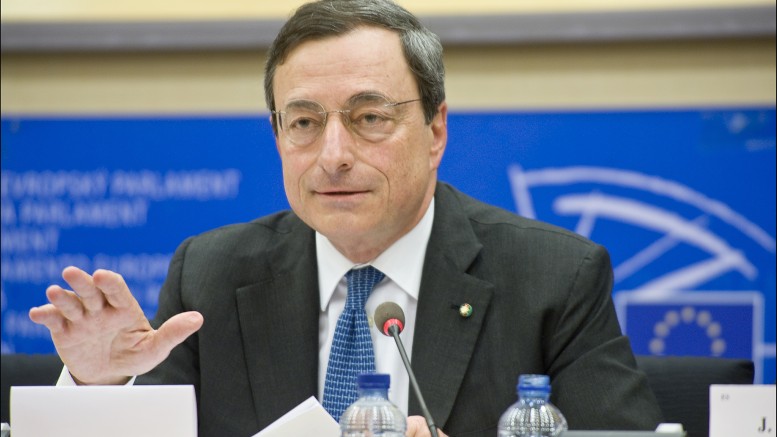 The ECB’s main priority will be to fuel confidence in the financial markets and inflation will be its alibi for this. In February, eurozone CPI receded to -0.2% year-on-year and, in the short term, the region should be prepared for negative rates to continue.

This is a scenario in line with what the markets are reflecting, which would put Eurozone inflation at levels close to 0.3% in a year’s time.

Revising the ECB’s inflation forecasts downwards will be the cornerstone for justifying new measures. And the inflation estimate for 2016 will be substantially lower than the 1% forecast in December, although there will be less of an adjustment for 2017 (1.6% forecast in December). This will be due to the knock-on effect in energy prices in the first few months of the year.

In fact, Intermoney’s analysts have recently updated the inflation estimate for the Eurozone and cut this to 0.3% for 2016 and 1.4% for 2017. They explain:

In the second case, we need to forget what is discounted due to inflation swaps and concentrate more on fundamentals. One of the key elements is the aforementioned knock-on effect in energy prices and, above all, the ramifications from the favourable trend in consumption.

Currently, the lion’s share of the EMU’s economy is private consumption (55.7%) and most of this is focused on services, which explains the extent of its weighting in the area’s CPI at 44.18%.

Based on the above, experts say that Draghi will defend the pre-emptive nature of the ECB’s upcoming actions, “reminding us of something which he has highlighted in the past, that the central bank prefers to be safe rather than sorry in its fight against risks”. So, the “second-round effects” derived from the correction in crude prices will be a central issue, showing the increasing correlation between inflation expectations and the trend in oil prices. Nevertheless, the argument will be measured. And as befits a central bank, the ECB will show that it is confident about the progressive recovery in inflation from the second half of 2016, as well as meeting its (inflation) objectives in the medium term.

As part of its goal to take action without raising concerns, the ECB will be very careful with its predictions and what it says about future activity. Last December, it estimated Eurozone GDP growth of 1.7% in 2016 and 1.9% in 2017. These figures will need to be adjusted given the increasing global uncertainty, but without any major changes. Irrespective of the favourable trend in consumption or the expected improvement in investment in Q4 2015, we need to keep in mind that reinforcing the generosity of its monetary policy, and accompanying this with a significant cut in estimated GDP figures, will not be an “clever move.” At Intermoney, they are confident that there will be moderate growth in activity in Europe this year and next.

But when we talk about the ECB, we are aware that its priority is the message transmitted about the forecast, derived from the aforementioned cautious adjustments.

Given the macro scenario and the global risks, the markets have already discounted that the ECB will implement new measures. And in Frankfurt, they are well aware that action is needed to boost confidence and avoid huge financial instability, something which currently worries the ECB much more than inflation. The big fear is that financial problems and uncertainty end up being transmitted and take over, destroying the achievements made. The question is what options are being considered for next Thursday.

According to experts, there is an 82.17% probability the deposit facility will be cut from -0.3% to -0.4%, and a 17.3% probability it will be trimmed to -0.5%. A downward trend is discounted and the most likely scenario is a 10 basis points cut to -0.4%, an opinion shared by Bloomberg’s consensus. However, this is the least important issue and the real interest is focused on the purchase programme and the potential for including other assets.

Draghi has already made it clear that the ECB’s balance sheet is another instrument of monetary policy. To avoid “the cure being worse than the disease itself,” Intermoney thinks the purchase programme should be increased by 10 million euros to 70 million euros so as not to fuel financial excesses.

But we cannot rule out a slightly bigger rise and the extension of the purchases until June 2017 to avoid the markets feeling as if they have been duped.

From a credit viewpoint, the financing gap of SMEs in the EMU is favourable for them. According to the latest ECB surveys, their greatest concerns are more to do with how to get new clients. But the revival of lending is not an excuse to justify an increase in the purchase programme. In December, the extension of the purchases to include euro-denominated municipal and regional bonds – increasing the amount of bonds on offer by 467 million euros – may be seen as insufficient. It’s still necessary to buy corporate debt as well, despite how narrow this market is.

Our bet on corporate debt has been unsuccessful in the past, but we think this is a step which should be taken. The other interesting option would be to boost the purchase of corporate bonds, involving public or quasi public companies, linked to the development of transport, energy and communications’ infrastructure.

Along with all already said, one can never forget that the ECB’s most powerful measure was approved in December, when it decided to reinvest maturing bonds from its portfolio.  This measure has a huge long-term stabilising effect.