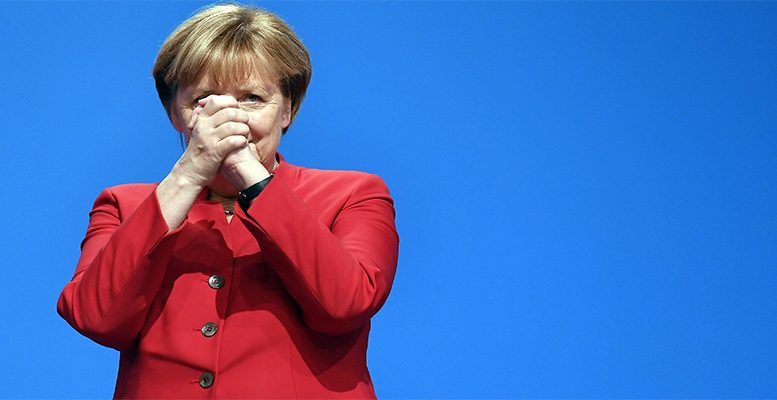 Although the bets are on Angela Merkel, her re-election as German Chancellor is not assured. Analysts at J.P. Morgan give two reasons.

Firstly, because the state elections due to take place before the federal elections have a certain influence on federal policy, but remain dominated by local political issues. And secondly, the 2005 campaign between Chancellor Schröder (SPD) and Merkel (CDU) shows just how quickly a healthy margin in the polls can be eroded. Schröder’s SPD was almost 20% behind the CDU after the surprising defeat in NRW, but was able to close the gap to just 1% on election day.

The eurosceptic, anti-immigration AfD party has managed in the last three elections to exceed for the first time the threshold of 5% of the popular vote required to enter the local parliaments. But the advance was much less than initially expected.

The populist left-wing party Die Linke did not manage to exceed the 5% threshold in two of the three state elections. In the light of all this, from J.P. Morgan expertes believe that:

The damping of the refugee crisis and the strength of the economy have weakened German voters’ desire for a radical change.

Judging by current data, the German economy is in a comfortable position. The jobless rate, at 3.9%, is a record low. Net exports have reached a record high, consumer confidence is favourable and the fiscal budget is balanced. The last five-year forecast from the Federal Ministry of Finance sees accumulated tax revenues coming in 55 billion euros higher than last year’s estimate.

Against this favourable backdrop, the political debate is centred less on economic reforms and more on standards of living and the preservation and redistribution of wealth. It’s likely that both chancellor Merkel and the christian democrats will defend the idea of cutting taxes for mid-income households. Meanwhile, Schulz and the social democrats will call for an increase in spending on education and infrastructures, partially funded by more taxes on wealth and capital gains.That said, analysts explain:

The recent defeats in the local elections show that those who support Schulz will have to widen their message to be successful. It doesn’t look as if justice and social equality are attractive enough to get the votes necessary to beat Merkel.

The latest events in Germany will provide a certain amount of security for investors that populism is losing momentum in Europe, and that it is now very unlikely there will be an unexpected surprise on the political front. If the likelihood increases of a victory on the part of Martin Schulz in the federal elections, this could generate uncertainty in the markets. If the ex-president of the European Parliament (and a strong defender of eurobonds and a guarantee scheme for European deposits) is victorious, the differentials between the German bund and peripheral bonds will narrow.

In general, J. P. Morgan analysts think that a Schulz victory could also increase the probability of a hard Brexit:

This would increase pressure on the pound -. Merkel’s victory  would probably have much less impact on the financial markets, which would function normally.