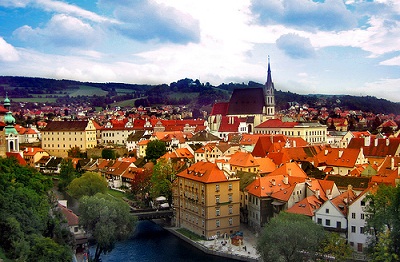 By CaixaBank research team, in Barcelona | As the year advances, it seems to confirm that the EU economies of emerging Europe are moving at two speeds, as is also the case of the European Union as a whole. Focusing on the five countries we usually review in this report (Poland, Slovakia, Hungary, Romania and the Czech Republic), the first two are keeping up a slightly faster pace in activity than the last three.

In fact, with the data of national accounts system for the first quarter now available, it has been confirmed that Romania has entered into recession, this being defined as two consecutive quarters of quarter-on-quarter falls in gross domestic product (GDP), as its economy shrank by 0.1% in the first three months of 2012 (in the fourth quarter, the fall was 0.2%). The Czech Republic, for its part, has been in this sad state since the third quarter of 2011. Nonetheless, we should note that its rate of descent had been minimal, 0.1% in the third and fourth quarter of 2011, until this got slightly worse in the first quarter of 2012, when the economy shrank by 1% quarter-on-quarter. Lastly Hungary, after not growing in the fourth quarter, posted the worst growth figures of the European Union, with a quarter-on-quarter decline of 1.3%.

As we already mentioned, on the positive side we find Poland and Slovakia. Although we still don't have the growth figures for Poland, monthly activity indicators point to GDP possibly having grown by 0.5% in the first quarter. Slovakia, for its part, came as a pleasant surprise with a 0.8% increase in these first three months of the year (an identical figure to the one recorded in the last quarter of 2011). By way of summary, and lacking details on the components, it can be noted that those economies in recession or almost in recession tend to combine weak domestic demand, procyclical fiscal policy and an appreciable decline in exports. Poland and Slovakia are practically in the opposite situation, with a more relaxed fiscal policy a

What can be expected for the rest of the year? These figures, worse than expected in the case of the Czech Republic and Hungary and better than predicted for Slovakia, without essentially altering the scenario we hold for 2012, have forced us to revise somewhat the cases mentioned. In the Czech Republic, the breakdown of supply components, which is available, provides us with a clue as to the sector that has individually pushed down the forecasts, namely finance. Although there were signs that the financial pressures seen since last November had affected the generation of added value in the sector, the drop exceeded expectations. Nevertheless, we believe that, as suggested by the figures on industrial activity, the stamina being displayed by German demand will be a positive factor in the second quarter. In short, we have revised slightly downwards our growth forecast for 2012, from 0.4% to 0.2%.

With regard to Hungary, the toll taken on growth for the whole of the year by a weaker first quarter than expected means that the annual forecast must be revised downwards, from a drop of 0.4% to one of 1.0%. Lastly, and in the opposite direction, the unexpectedly good figures for the first quarter from Slovakia suggest that it might end the year above the 1.4% we had predicted to date. Although it's difficult to imagine equally intensive quarter-on-quarter growth as that of the last two quarters, the current inertia should help annual growth to reach around 1.6%. For Romania and Poland we keep to our forecasts, with annual growth of 1.1% and 2.5%, respectively.

The main risks to these forecasts coming about are almost exclusive to how the euro area's dual crisis develops, namely economic and financial. Should the recession in the euro area not end by the last quarter of the year, as we predict, or should the situation of financial stress increase slightly (to date, with the exception of Hungary and Romania, the region has remained relatively isolated from events in the peripheral countries of the euro area), the remaining four countries (not including Poland) would probably slide towards the recessionary zone (or deeper recession in the case of Hungary).