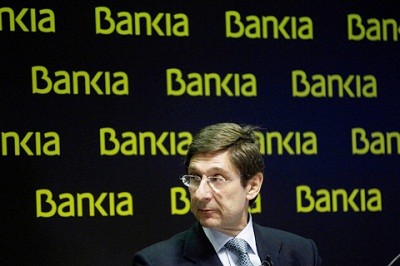 MADRID | The conditions imposed on Spain upon access to rescue funds for its ailing financial system, point to the need to undertake a major overhaul both in banking supervision and restructuring. The Eurogroup urges a handover to the Bank of Spain of powers hitherto retained by the ministry of Economy. It also forces breakup and/or severe downsizing of troubled banks, plus a resolution scheme to transfer part of the burden to subordinated creditors. All in all, these requirements amount to a failure indictment on the policy followed up to now by the Spanish government.

It is worthwhile remembering the clumsy way bank restructuring has being tackled. The overall aim was targeted at maintaining alive every single financial institution no matter the cost. Bankrupt entities were bolstered by public money injections and sold lavishly buttressed by fat asset protection schemes covering any potential future loss. The deposit guarantee fund, until it became depleted, footed most of the bill thus transferring the cost to the whole financial system. This merry-go-round frenzy extended the exposure to all banks, regardless of their inner solvency.

No reckless creditor was penalised for its ill-judged investment. No one seemed to suffer a loss, be it a shareholder or a subordinated debt holder. Only the financial system was the one to lose, its credibility suffering from the successive failures. Bankia

how to win his heart forever

’s plight and the gross mismanagement of its crisis did the rest.

The government is to blame for using heavy weaponry in trying to anchor solvency in sharp real estate loan coverage increases. By making extensive use of its powers to enact tough legislation on potential bad debt, it trumpeted  banking shortcomings far beyond their real extent. The same goal could have been achieved through supervision rules in a more subdued way. This ill-thought conduct fuelled mistrust and eventually led to a confidence gap hitting all banks in Spain.

The Eurogroup’s conditions will put an end to such amateurish attempts to rule this sensitive sector. Strengthened supervisory powers will be handed to the Bank of Spain, ring-fencing such a key competence from government’s interference. They will also abolish the free-lunch creditors are being provided. Resolution schemes will be introduced to make investors bear the brunt of potential default. Ailing banks will have to face sharp cuts in business and assets holdings, facing liquidation should revamping costs far exceed the potential benefits. Just think that a slight haircut on Bankia’s creditors would have avoided a crisis putting Spain at the brink of complete discomfiture.

This common-sense approach, should it have been in place long ago, would have saved a sizeable amount of taxpayers’ money and prevented the whole financial system from coming under suspicion. Political interference has only served to plunge it into utter disarray. Let’s hope the Troika monitoring will help to redress the situation.