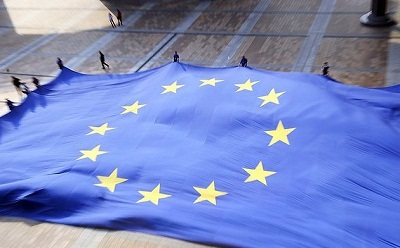 Financial deceit within institutions whose accountability is precarious has a multiplying effect. The abuse of money immediately passes for an embedded practice, and the actual size of the affair is consequently believed to be much larger.

After all, as it happens with European Union officers, taxpayers would despair for the lack of their habitual democratic recourse to make those responsible feel their anger.

That is why the latest data on fraud affecting the EU budget sounds less positive than they really are. Fraud on EU funds fell by 35% in 2011, according to the Commission’s annual report on the Protection of the EU’s Financial Interests, which was released Thursday.

In cohesion policy, there were 41% fewer cases of suspected fraud compared to 2010, while in agriculture reported fraud cases fell by 66%. In addition to stronger measures and better controls implemented for EU funding, the Commission said, there were also a number of technical explanations for the drop in fraud rate in 2011.

“The closure of a programming period in cohesion policy and more stabilised reporting in the new control system for agriculture also contributed to lower reported fraud than in 2010.”

Progress in this area is welcomed because, unlike in elected federal government structures, the EU’s credibility suffers deeply, moreover in a crisis environment in which Brussels seems to push for further austerity in exchange of little support in the eyes of many Europeans.

In total, the report stated, €295 million in EU funds were affected by fraud or 0.2% of the overall budget, which must be recovered in line with EU rules.

The Commission expressed a number of recommendations to member States to help fight fraud. Algirdas Šemeta, commissioner for Taxation, Customs, Audit and Anti-Fraud, said they must keep tackling fund abuses:

“The fight is far from over. The Commission maintains its policy of zero-tolerance to fraud, and not one cent of taxpayers’ money should be lost to fraudsters. The Commission will continue to take every measure it can to protect the EU budget, and member States must also raise their game.”

Last year, the Commission reclaimed around €2 billion in financial corrections and recoveries. It acknowledged, though, that EU governments still have low recovery rates and seem unwilling to seize assets when the beneficiaries do not re-pay the money affected by irregularities and fraud.

Again, the EU project meets its hardest problems among its partners, not thrown in from the outside. This is an area where an independent watchdog enabled with the right powers to punish fraud and enforce fund recovery should be set up sooner than later. The Union in the EU holds most of the answers. Be the first to comment on "EU funds: fraud and credibility"