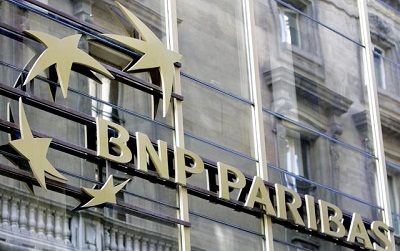 By valenciaplaza.com, in Valencia | The tide might not yet be changing but there is a constant, if slow, thread of judicial instances shaming banks in Spain and elsewhere in Europe. A court in Valencia has condemned BNP Paribas Spain to pay €44,504.89 in compensation to a client who was sold preferred shares. Specifically, the bank transferred to the client, from a contract entered into on October 26 in 2006, 49 participations of a product called Landsbanki Island Pref, but

“without having conveniently reported the characteristics of that product” or that it “could involve the loss of all the invested money.”

The sentence was delivered by the lower court number 5 in Valencia after admitting in the demand that the client presented on September 5 last year. She was asking for the repayment of the €44,504.89. The ruling states that, in addition to that amount, the bank must pay to the claimant the statutory interests generated since the filing of the application. The court also required the bank to pay the costs.

The demand of the claimant was addressed against BNP Paribas SA Spain and the savings bank Caja del Mediterráneo CAM, to which it was transferred control and custody of her shares in late 2007. However, the case against CAM was dismissed.

The court’s statement explains that

“on October 26, 2006, before the expiry of a financial product”, the client, of 66 years of age at the time of the purchase, “who had a conservative investment profile and almost no financial experience, requested advice from an employee at BNP Paribas SA Spain about what to do with her money.”

“is imputing BNP Paribas SA Spain with negligence consisting of placing a financial product implying a high level of risk to the plaintiff without informing suitably of the consequences or previously have analysed her profile as an investor, which the bank has a legal obligation to do.”

Be the first to comment on "BNP Paribas to compensate Spanish client with €44,500 for insufficient information"