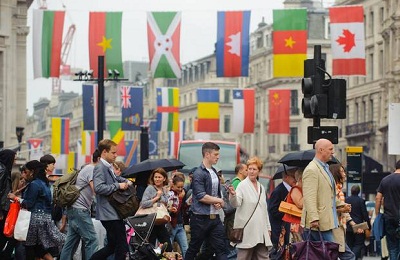 LONDON | Kevin Burke, director at Visa Inc, believes that the Olympics work as a showcase for athletics, and the same goes for tourism. Burke released Wednesday data on Visa accounts spending levels of international travelers during the second week of the London 2012 Games, which reached $716.7 million. The figures mark a steady line, the total being $1.4 billion.

Visitors from the US lead the top 10 list, some six percentage points ahead of their closest followers who come from Japan. Visa also mentioned that Russians, which couldn’t make it to the ranking but hold a place among the 15 top spenders, have increased their consumption by 30 percentage points.

Interestingly, five of the top 10 countries by spending belong to the euro zone like Ireland, Italy and Spain, and contribute 27 percent of the total amount.